Do the grandparents in your children's lives know how special they are? Grandparents' Day is all about letting them know - and we've got lots of ways to help, with some lovely crafty gift ideas, colouring cards and pages that grandparents will treasure for ever, and lots more! 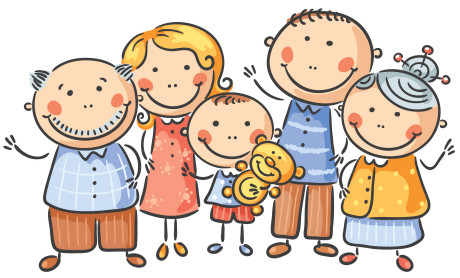 Grandparents are important to children in so many ways. They have patience and time when parents are often busy. They have stories to tell and interesting games to play. They are also good for treats and spoiling, which we all need from time to time!

In American, National Grandparents Day was proclaimed in 1978 by President Jimmy Carter at the instigation of a housewife from West Virginia, Marian McQuade.
You can read the proclamation here

In the UK, some people are now beginning to celebrate Grandparent's Day too! 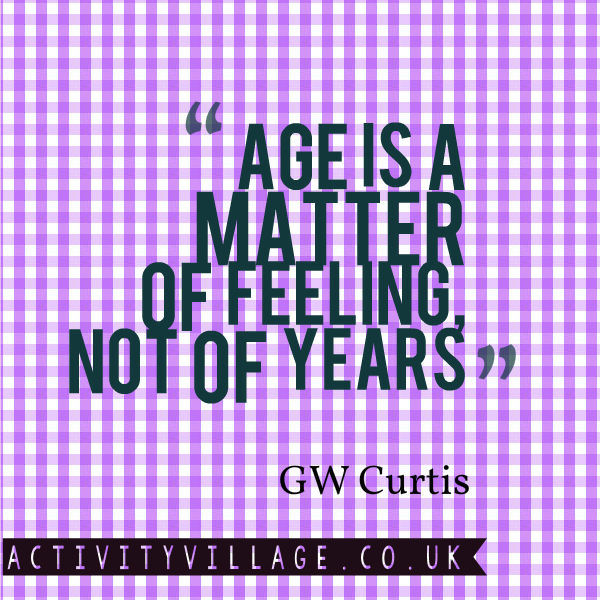 "Age is a matter of feeling, not of years"
GW Curtis 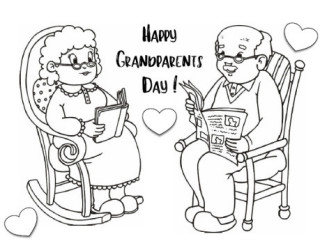 Grandparents' Day Colouring Cards
NEW! Why not encourage the kids to make an extra special card for Granny and Grandpa, specially for... 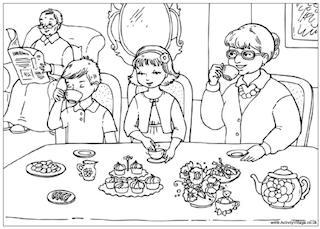 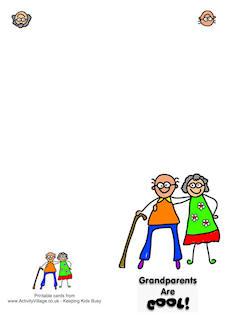 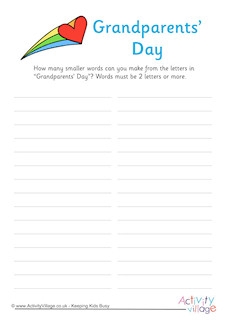 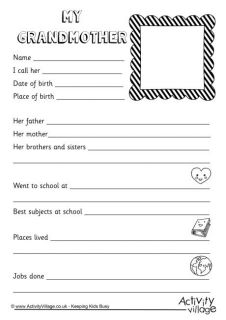 Grandparents' Day Worksheets
Fill out some fun worksheets that help children get to know their grandparents better, or practise... 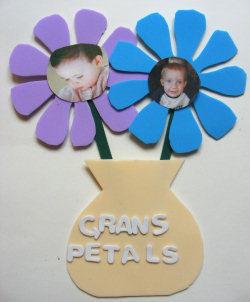 Grandparents' Day Crafts
Grandparents love receiving home-made gifts from grandchildren. We have lots of ideas below for... 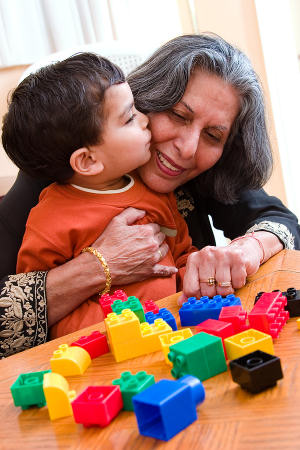 “Grandparents are meant for kisses and hugs,
For watching rainbows and catching bugs,
For baking all of your favourite things,
For books to read and songs to sing.”
Author unknown

If you're 5 years old, a year is a fifth of your whole life, which is why it seems to go on and on for an eternity. But if you're 45, a year is a 45th of your life, which is why it passes like winter's day in the Arctic. When you're 45, time passes quite literally nine times faster than when you're 5. When you're 75, time is hurtling by at such a rate that driving your small car is like plunging through a tear in the space-time continuum. The throttle pedal is a hyperspace button. This is why old people drive so slowly, because 12mph to a pensioner is like 2,000mph to a teenager. When you sit behind them at a roundabout wondering why on earth they won't pull out, it's because the approaching lorry that to you is moving at 14mph is coming at them like the Starship Enterprise at Warp Speed!"
Author unknown

" A grandmother is a lady who has no children of her own, so she likes other people's little girls and boys. A grandfather is a man grandmother. He goes for walks with the boys and they talk about fishing and tractors. Grandmothers don't have to do anything but be there. They are old, so they shouldn't play hard or run. they should never say "Hurry up". Usually they are fat, but not too fat to tie children's shoes. They wear glasses and funny underwear, and they can take their teeth and gums off. They don't have to be smart, only answer questions like why dogs hate cats and why God isn't married. They don't talk baby-talk like visitors. When they read to us, they don't skip bits, or mind if it is the same story over again. Everybody should have one, especially if you don't have television, because grandmothers are the only grown-ups who have time."
By an 8 year old 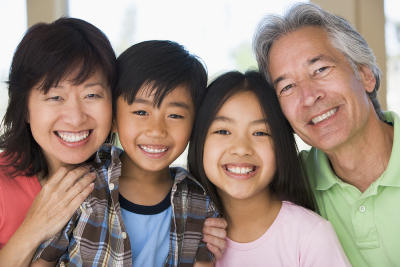