Travel to southeast Europe to North Macedonia, a mountainous country full of ancient towns and unusual architecture. Then scroll down for some of our printable resources to test what you have learnt! 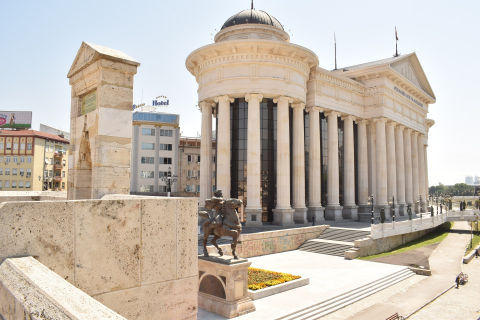 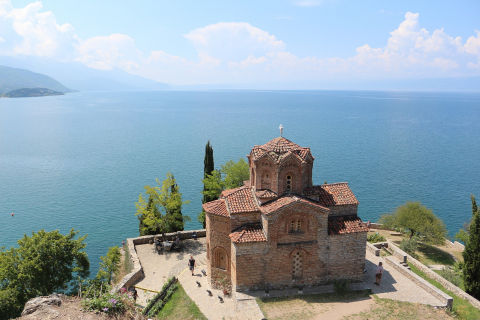 About the North Macedonian Flag 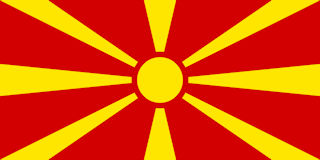 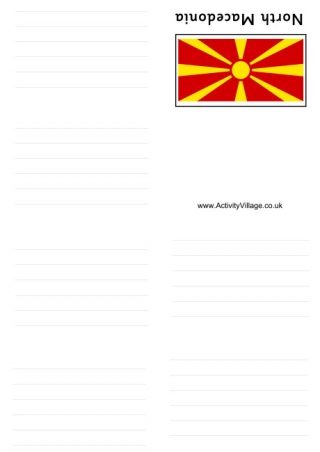 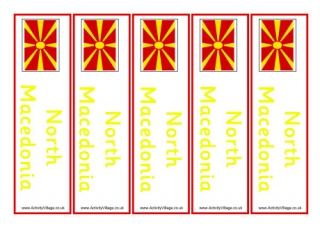 Fun for a sporting event we have four versions of our North Macedonia bookmarks for you to choose from. 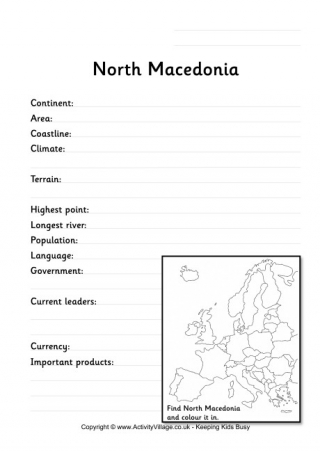 Challenge the kids to find the answers to these facts about North Macedonia, and fill in the location work on the map too. 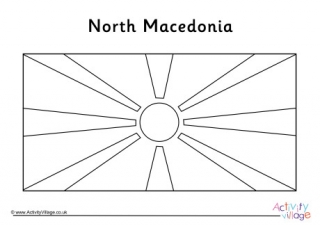 You'll need a red and a yellow/gold crayon to colour in the unusual North Macedonian flag. 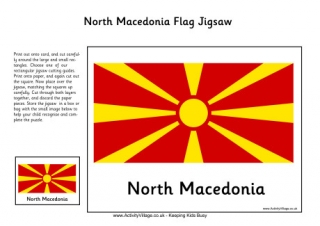 Children can learn to recognise the North Macedonian flag by completing our jigsaw. Instructions on how to cut the jigsaw can be found here. 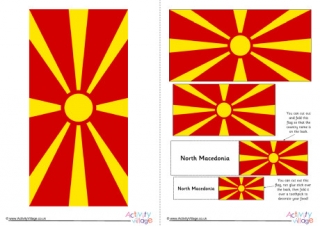 We've got five different sizes of the North Macedonian flag ready to print, useful for lots of crafting and display purposes. 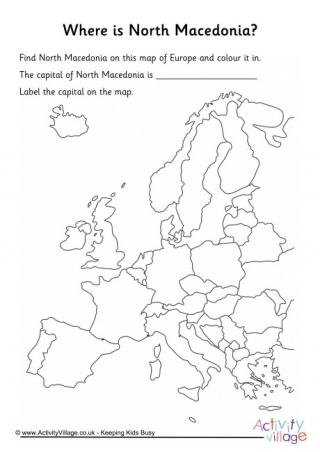 Find North Macedonia and shade it in, then mark the capital. We have two versions available, guided (easier) and blank (harder). 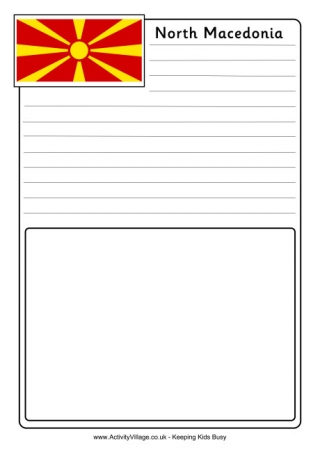 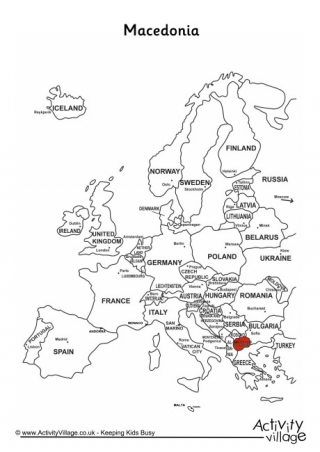 Our map of Europe clearly shows North Macedonia's location, size and bordering countries, so it's great for learning a bit of geographical knowledge. 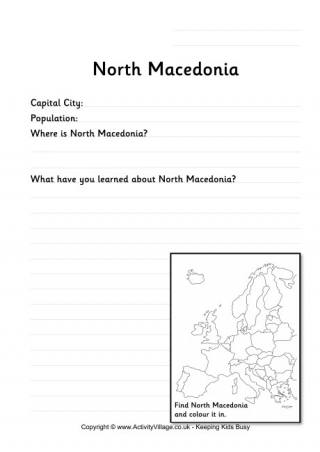 Use this worksheet to help the children to find out a little about North Macedonia, and record what they learn.