Learn a little about Portugal - it's history and geography, and some fun facts - and enjoy our flag colouring page and printables. 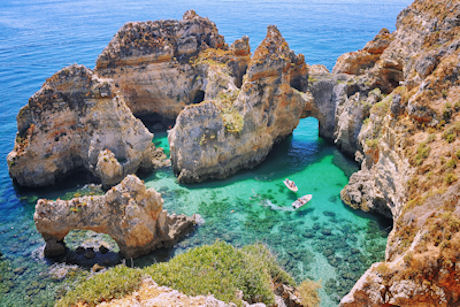 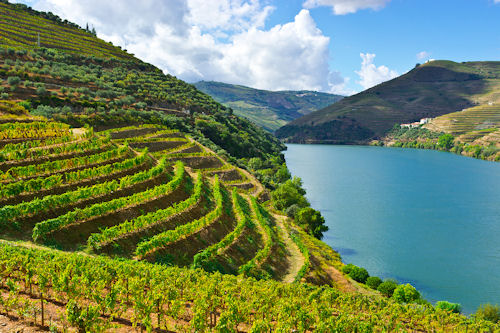 Vineyards in the Douro Valley, Portugal

About the Portuguese Flag

The Portuguese flag is green and red, with the red colour making up the biggest section of the flag. The Portuguese coat of arms appears where the two colours meet. The central red shield contains yellow castles and smaller blue shields, and represents victories against the Moors. The smaller blue shields symbolise the five Moorish kings defeated by Alfonso I, the first King of Portugal, and the seven yellow castles represent Moorish fortresses lost in battle. 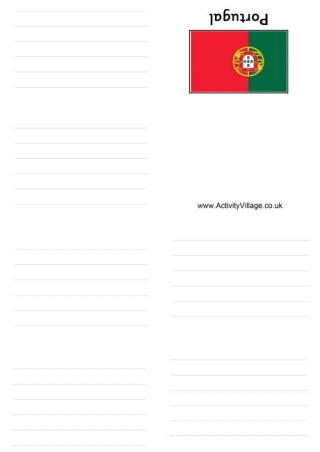 Print and fold these fun little origami booklets featuring the Portuguese flag. We have two versions, lined and unlined, for you to choose from. Click the links below for printable versions. 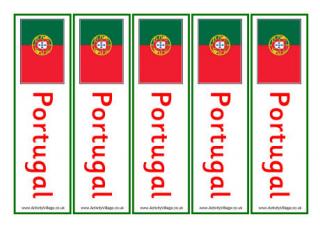 Four fun printable sets of Portuguese flag bookmarks to print, with variations to colour in and space to add messages. Click the links below for printable versions. 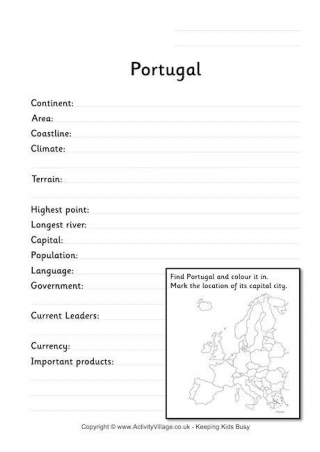 Fact-finding is always more fun when you have a worksheet like this to encourage it! Can the kids find Portugal on the map, too? 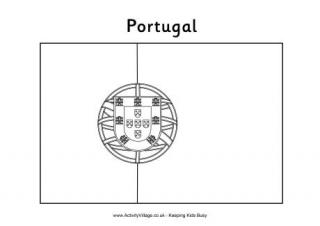 For a sporting event or to celebrate and learn about Portugal at any time, here is our Portugal Colouring Flag page. 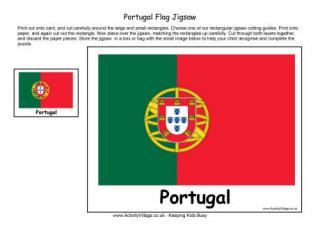 A fun printable jigsaw to cut up and enjoy putting back together again - it's a great way to learn the Portuguese flag. You'll need our jigsaw instructions found here. 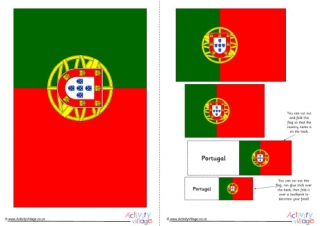 We have five different sizes of Portuguese flag that you can print out and use in your projects here. The largest is the perfect size for a banner. The smallest are just about right for mini bunting or cupcakes! 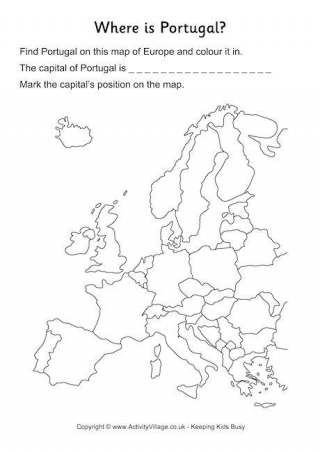 Where, on this simplified map of Europe, is Portugal? Choose from two levels of worksheet – one with the country names marked, and one without. 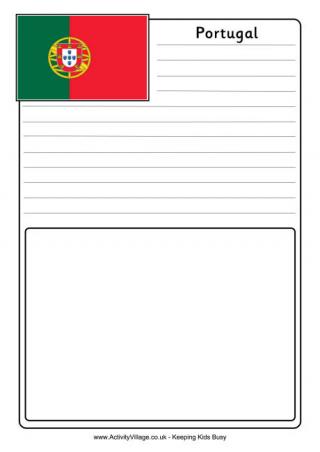 Here are our Portugal flag notebooking pages, useful for studying the country or perhaps for writing projects. Choose from two designs (click the links below for printable versions). 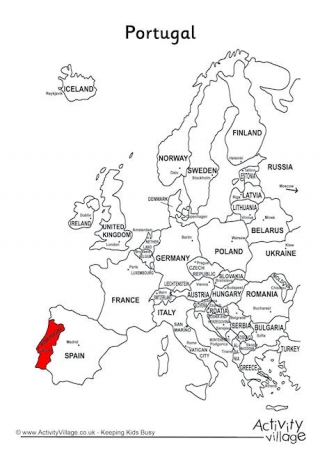 Portugal's long coastline and sunshine weather makes sense when you see its position on this outline map of Europe. Use this printable map with our location worksheets perhaps, or before a trip to Portugal. 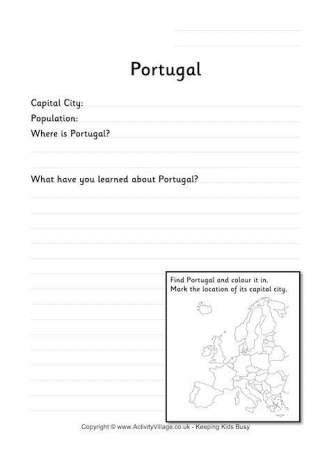 If you are learning about Portugal, this Portugal worksheet may be a good place to start! It includes some location work too.