Our Queen Victoria worksheet is good for younger children who are not ready to write much.  It will guide them through finding out some of the key facts about Queen Victoria and her reign. 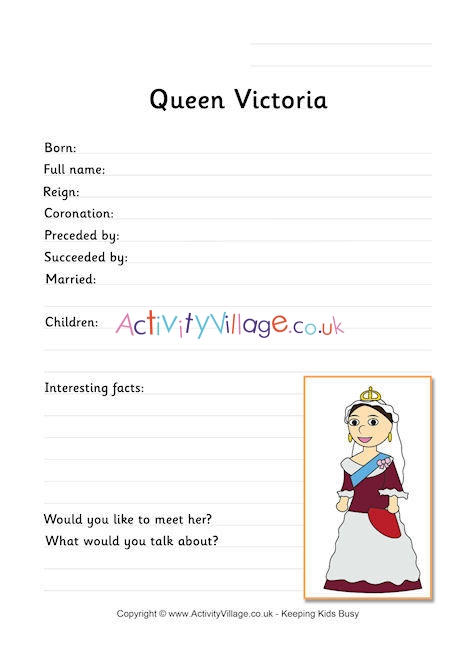