Halloween is celebrated on October 31st and dates back almost 2,000 years when it marked the ancient Celtic festival of Samhain.  During Samhain, people would wear costumes and light bonfires to ward off evil spirits. Pope Gregory III named November 1 as All Saints Day in the eighth century, a day to honour 'all saints', which began to include some of the traditions of Samhain. The evening before was known as All Hallows Eve, which then became Halloween. Over the years, many traditions have become part of Halloween, such as carving pumpkins or jack-o-lanterns, trick or treating and apple bobbing. Have a read about some of these traditions below, then maybe have some fun with our Halloween activities... 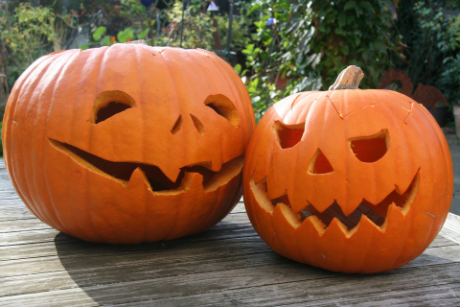 Jack-O-Lanterns carved out of pumpkins ready for Halloween

Every Halloween, many of us carve scary faces out of pumpkins and display them on steps or windowsills as part of our Halloween decorations. But long before the pumpkin became the Halloween decoration of choice, the people of Ireland, Scotland and many parts of England carved ghoulish faces into turnips to frighten away evil spirits. In the 19th century, immigrants from Ireland to America took this tradition with them but discovered that the pumpkins growing in America were much easier to carve, and pumpkin carving was established as a Halloween tradition.

But who was Jack-O-Lantern? According to Irish folklore, Jack was a man who tried to trick the devil and was then cursed to walk the earth holding only a hollowed-out turnip with a burning coal inside.

Trick or treating today involves groups of children dressing up in costumes and knocking on doors in their neighbourhood to ask for candy on Halloween.

This tradition also comes from Britain and Ireland in the Middle Ages, where children and sometimes poor adults would dress up in costumes and go around door to door during Hallowmas (All Saints Day) begging for food or money in exchange for songs and prayers, often said on behalf of the dead.  This was called "guising" or “souling”, and the tradition was first seen in Canada and the USA around 1911. The term "Trick or Treat" first appeared in print in Alberta, Canada in 1927.

Dressing up in costumes at Halloween is also a medieval tradition. Because the dead were supposed to visit around this time of year, people would wear masks and costumes so that the ghosts and spirits wouldn't recognise them! 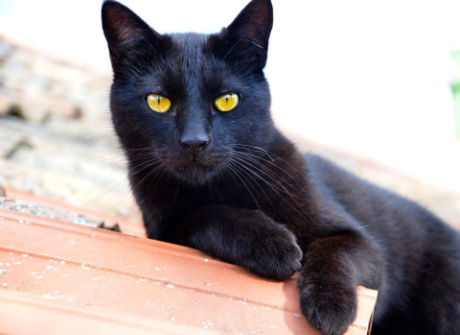 Black cats are often associated with Halloween and witchcraft

Black cats are often seen at Halloween in our decorations and costumes, but we all know they're not really scary! So how have black cats become part of Halloween celebrations and traditions?

Back in the middle ages, people began to mistrust black cats around the time a great fear of witchcraft began. In Old English folklore, it was believed that witches could shapeshift into black cats and roam the night, causing mischief. This belief travelled with the American settlers and became more popular during the Salem witch hunts. It was even believed that witches could reincarnate into black cats when they died!

Witches and their black cats have now become a commercial symbol of Halloween, which of course celebrates everything spooky, and cat costumes are amongst the most popular Halloween outfits! 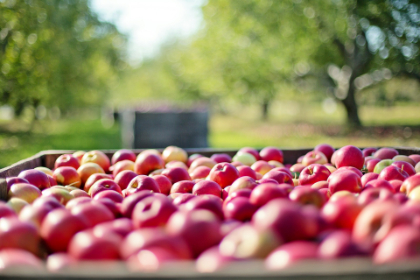 Apple bobbing is a fun game played at Halloween parties

Perhaps you've tried bobbing for apples at a Halloween party? This fun game, where you have to pick up an apple from a bowl of water using only your mouth, has been popular at Halloween gatherings for years, but the tradition is rooted in romance rather than anything more spooky!

Bobbing for apples started as a British courting ritual, popular among young ladies and their potential beaus. Each apple was assigned to a potential mate and the bobber would then attempt to bite into the apple named for the man she desired. If it only took her one try, they were destined for romance! The game declined in popularity until the end of the 18th century when Americans explored their Celtic roots and decided to bring back the game as part of Halloween parties (and there were plenty of apples at this time of year)!

Some people today are concerned about the hygiene of the game, but it's probably safer than another Halloween apple game called Snap Apple! This dangerous game involved an apple on a stick with a lit candle on the other end. The stick was spun around while the player tried to eat bites of the apple without being hit by candle wax! Don't try that one at home! 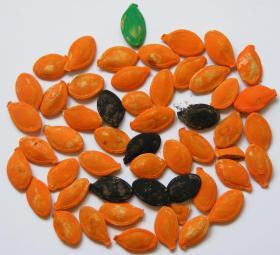 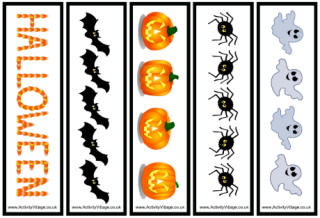 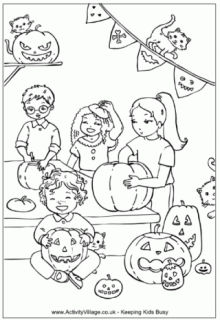