NEW! Learn a little about China, it's geography, history and culture, with the kids. Our "fun facts" format provides bite-sized pieces of information that children enjoy learning! 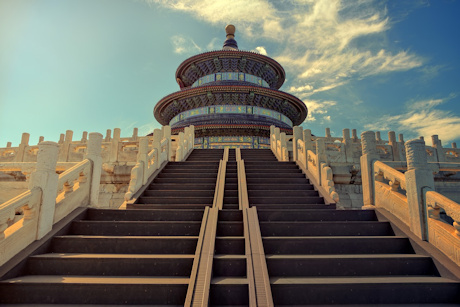 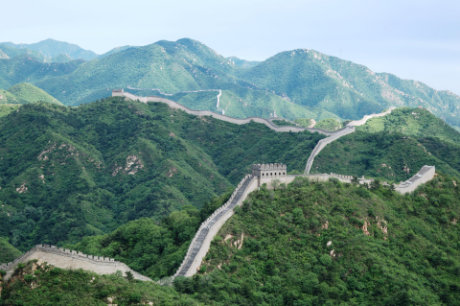 The Great Wall of China

Our Learn About China Resources 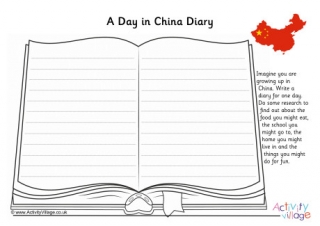 What do you think a day in China is like? Do some research to find out, then write about a typical day in this diary. 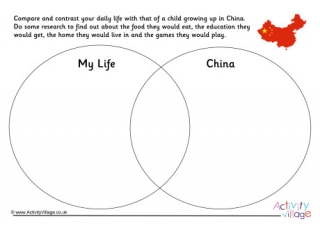 This compare and contrast Venn diagram will help the kids learn what they have in common with children living in China, and to understand the differences too... 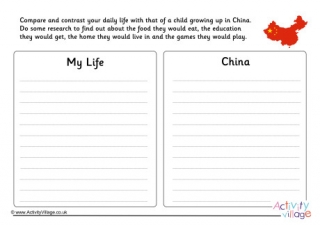 Compare and contrast your own life with that of someone living in China with the help of this worksheet. You'll need to do some research first... 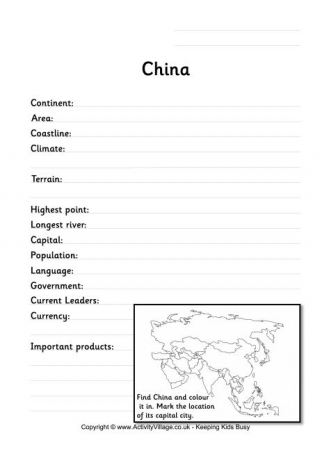 Our China Fact Worksheet asks children to research a collection of geographical facts about the country, then do some location work on the map. 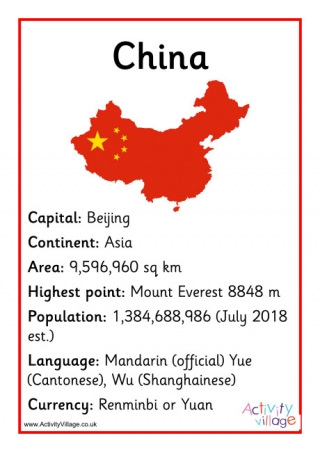 Start off your studies on China with this simple facts poster. It's perfect for classroom displays or lapbooks too... 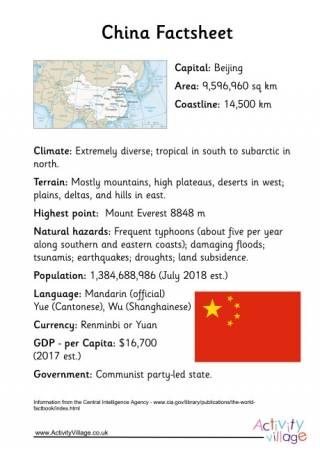 Learn some facts about China with the help of this useful factsheet, covering climate, geography, population and more... 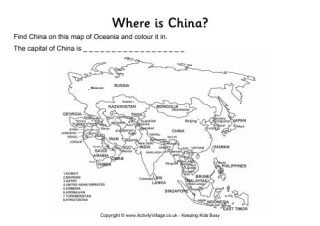 We have two location worksheets on China - one blank (much harder) and one guided (easier). Use them after studying a map of China and getting to know its position within the continent of Asia. 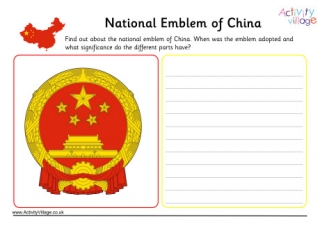 Find out about the red and gold National Emblem of China and explain what the different parts represent, then try designing your own on worksheet 2 if you like! 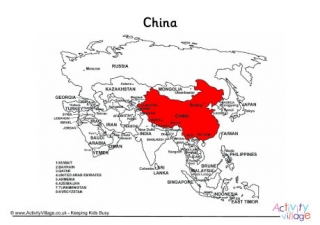 This printable shows a simplified map of Asia, with China's location marked in red. Please note that we don't claim it is completely accurate - but it should give children a good knowledge of China's location, borders and outline. 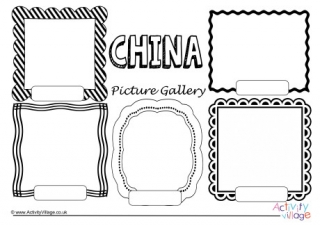 What will the children decide to draw in these 5 frames on this China picture gallery printable? 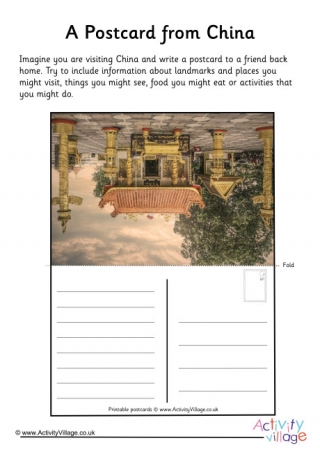 Can you imagine you've visited China and write a postcard to send to a friend? Perfect for practising writing addresses... 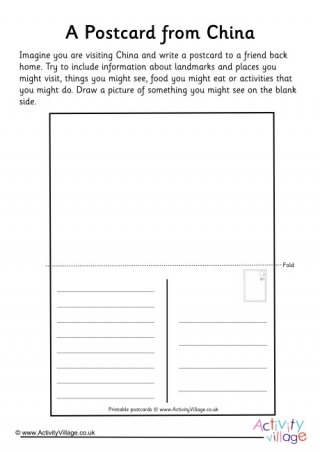 Design your own postcard from China, then imagine you're writing it to send home too! 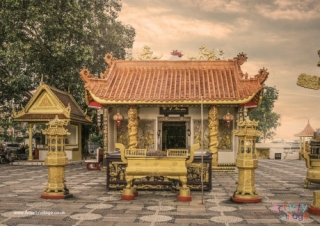 This lovely poster is perfect to print and display if you're studying China as a topic at the moment. We've got some really interesting questions about China on this fun printable quiz. Use alongside our Introduction to China factsheet. People have written stories set in China for thousands for years, and the children can write their own tale on this lovely story paper. This writing prompt is a 3 fold leaflet. Children need to research information to write a China tourist leaflet. Encourage them to think carefully about the information they might want to include and the style that they need to write it in. Here's a writing exercise with a difference! Can the kids write some content for a travel brochure encouraging people to visit China? We've hidden 15 words all to do with China in this wordsearch grid. Can the children find them all? The solution is included too... One of two "fact" worksheets on China, this one is a little more freeform and allows children to do their own research, then write about what they have learned. There's also a location activity. Here's a climate worksheet that will appeal to the kids! Can they describe the climate of China, then find out the current forecast there and enter the information on the phone app template? Find out about the fascinating culture of China, then record what you've learned on this worksheet. Let the kids design their own tourism poster for China using this fun printable. They might choose to draw the Great Wall of China, or Giant Pandas perhaps? Perhaps you've tried Chinese food in a Chinese restaurant? Find out more about food from China, and draw a picture of a typical meal... Enjoy reading about the fascinating history and varied geography of China, and some fun facts too in this introductory factsheet. Fill the picture of the suitcase with everything you would need if you were staying in China for a week  - you might need to do some research first... Pandas are perhaps the most famous wildlife in China, but can you find out about the other plant and animal life in this incredible country?