NEW! This set of "learn to draw dinosaurs" printables provide a simple, step by step way for children to draw their own TRex, velociraptor, stegosaurus and other popular dinosaurs. These are fun dinosaurs rather than serious, scary dinosaurs - smiles included!

NB: We've included a mammoth and smilodon in this collection. We know they aren't dinosaurs! But we haven't got anywhere else to put them just yet... 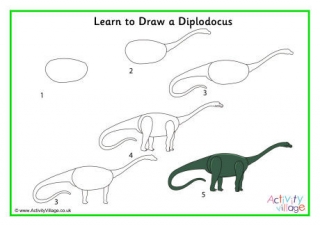 Kids can follow along step by step with this learn to draw tutorial and soon they will have their very own diplodocus to colour in! 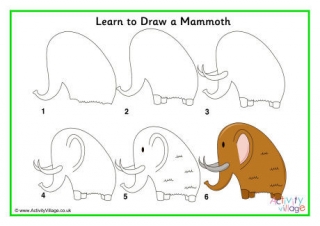 What did a woolly mammoth look like? Well, you would probably have been a bit more scared to meet him than if you met this jolly mammoth! Follow along step by step to learn to draw your own. 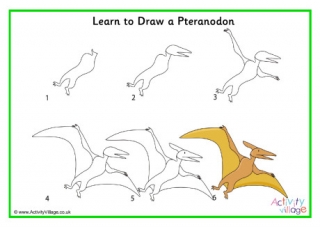 The pteranodon was a huge flying dinosaur, with a wingspan of up to 6 metres (20 feet)! The kids can have a go at drawing their own pteranodon by following along with our step by step "learn to draw a pteranodon" tutorial... 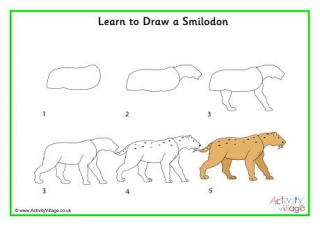 Drawing a smilodon is easy when you take it step by step! Just follow along and soon the kids will be drawing their own smilodon... 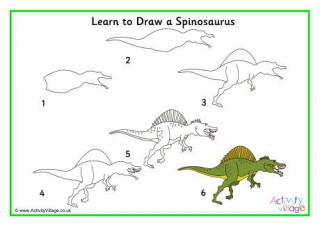 A spinosaurus, as you might guess from his name, had a very prominent spine! Kids can learn how to draw their own spinosaurus with this fun learn to draw printable. 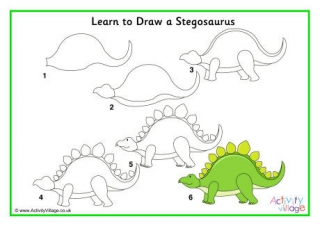 This friendly stegosaurus is more cartoon than "realistic" but we think learning how to draw him will appeal to the kids. 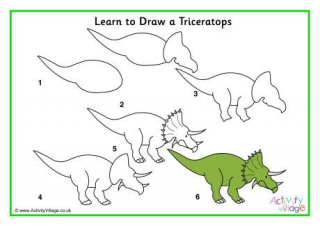 When I was very young I always thought triceratops lived in treetops - I think I got his name muddled up! Here's a fun step by step "learn to draw a triceratops" printable for the kids. 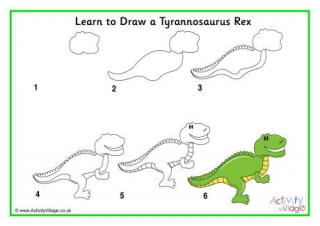 The king of the dinosaurs, and definitely the most "famous", tyrannosaurus rex ruled the school in the Cretaceous period! Our TRex isn't to fierce, and we think the kids will enjoy learning how to draw him with this fun printable. 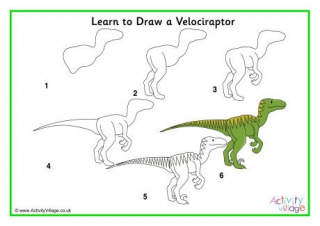 Velociraptors featured in the first Jurassic Park movie - and they were scary! We now know that they were much smaller than portrayed in that movie - about the size of a turkey - and possibly had feathers. Here's a fun "learn to draw" tutorial for the kids. 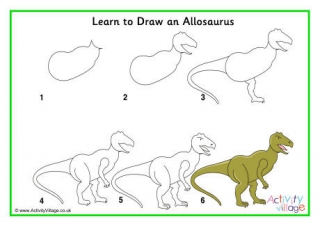 Have the kids ever attempted to draw an allosaurus? No? Well, now they can - with the help of this step by step learn to draw printable! 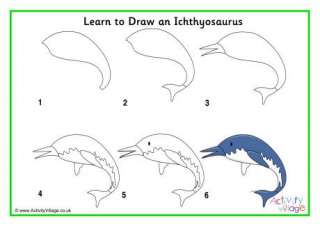 Did you know that the ichthyosaurus was discovered in Lyme Regis by Mary Anning in 1817? Why not let the kids have a go at drawing one and then learn a little about that remarkable lady... 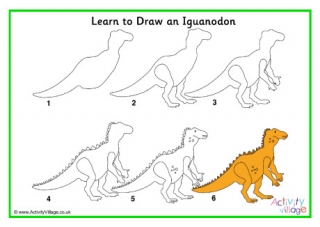 Why not let the kids have a go at drawing their own iguanadon? It's not easy, but we make it easier with this step by step tutorial. 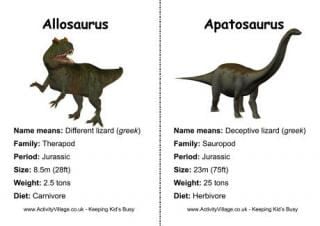