We've got a collection of flag printables for Madagascar to print and enjoy with the kids. You can also learn a little about this fascinating country by reading our fun facts below. 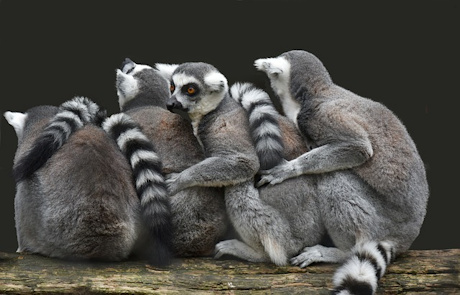 A Little About Madagascar 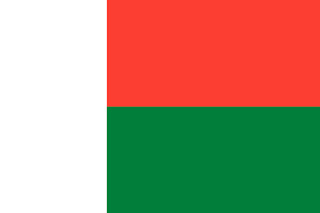 The flag of Madagascar features a white vertical band and red and green horizontal bands. These colours represent the Merina Kingdom and are also symbolic of the Malagasy people of Southeast Asia. 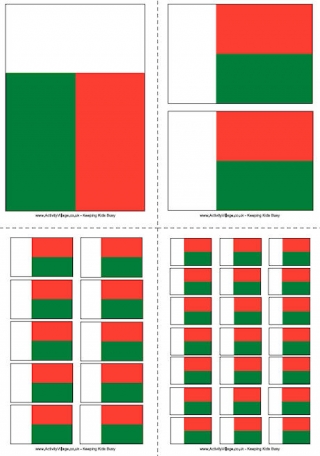 There are four pages in this printable, each with a different size of the Madagascar flag, including some very small flags that are perfect for cupcake toppers! 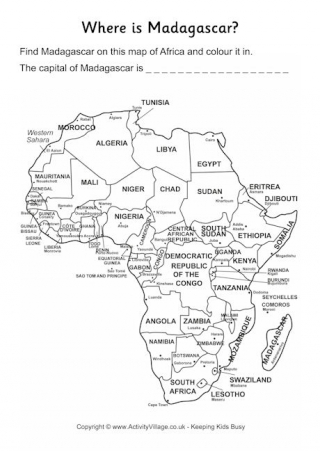 Do you know where Madagascar is? Choose from two different worksheets (guided or blank) below. 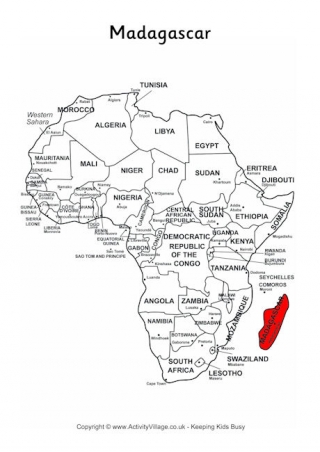 Madagascar has quite an interesting location, as you can see from our handy map showing the continent of Africa. 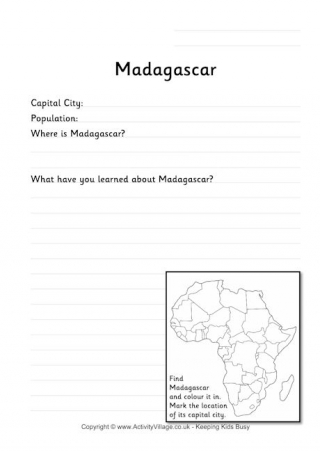 This worksheet, aimed at younger children, asks them to find out and record a few interesting facts about Madagascar.