Learn about Mali with our "fun facts" for kids, backed up with the help of our flag printables, colouring page and worksheets. 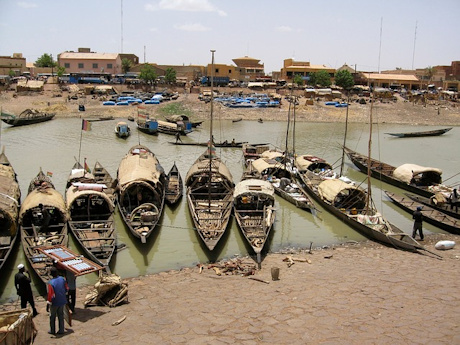 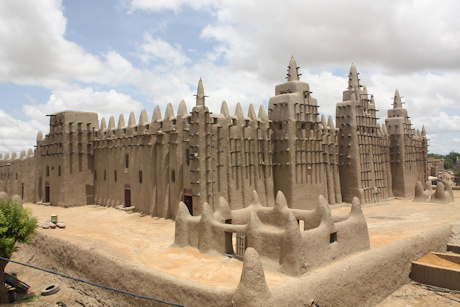 The extraordinary Great Mosque of Djenne, Mali. It looks a little like an enormous sandcastle! 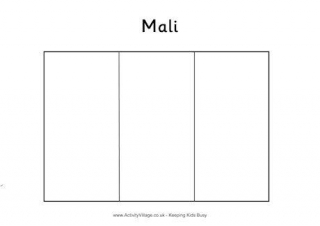 Here's a colouring page of the Mali flag to print for the kids. It's a tricolour of bright green, bright yellow and bright red. 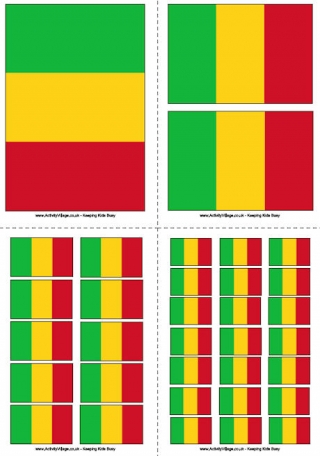 Print out the flag of Mali in four different sizes, from large (1 to a sheet) to small (21 to a sheet). 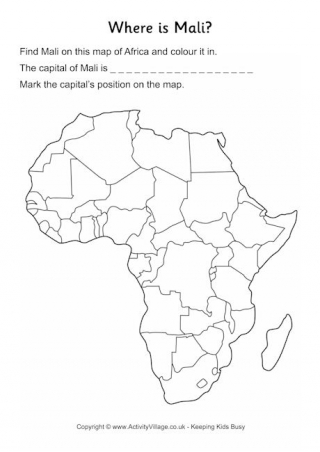 We have two location worksheets for Mali - one guided for younger children. Find the country and the capital city. 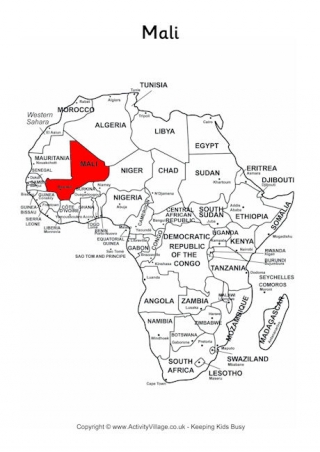 Our helpful map of Africa has Mali shaded in red, so you can easily see where it is located. 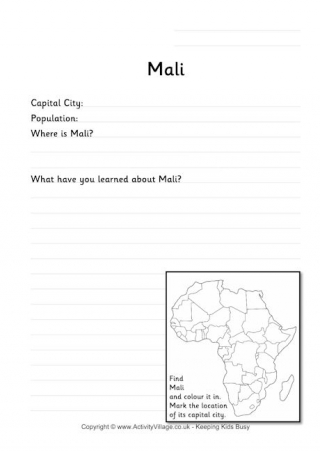 Use our fact-finding worksheet to spark your research on Mali.