Colour in a flag for the Marshall Islands or print one out, and enjoy some of our fun facts about this chain of volcanic islands. 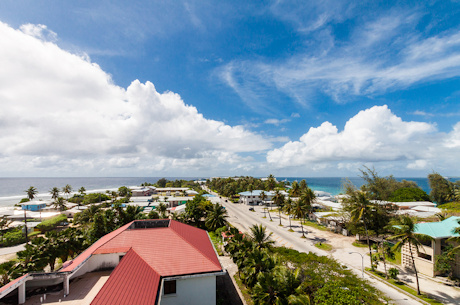 Fun Facts About the Marshall Islands 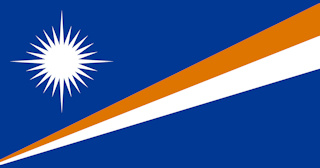 The flag of the Marshall Islands has a blue background to represent the Pacific Ocean. The orange and white stripes symbolise the two island chains, the Rotok and Ralik. The flag also has a white star with 24 points (one for each district). It was adopted on May 1, 1979. 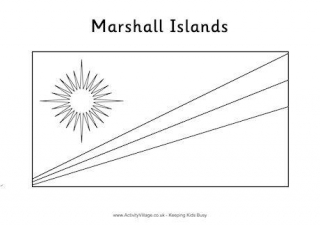 The flag of the Marshall Islands is very unusual and striking, with a dark blue background with white "star" and orange and white "flash" across it. Print out this colouring page so that the kids can colour it in - it's a great way to help them remember. 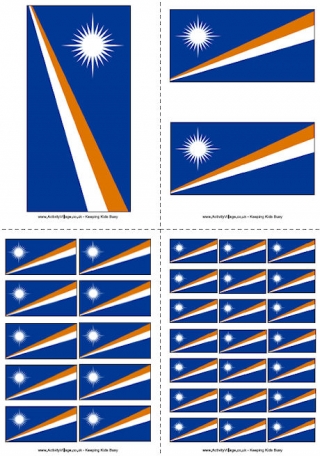 If you need a printable version of the flag of the Marshall Islands, you have come to the right place. Download the PDF file below for four different sizes.