Learn some interesting facts about the Caribbean island of Montserrat, and enjoy our collection of flag printables and colouring page. 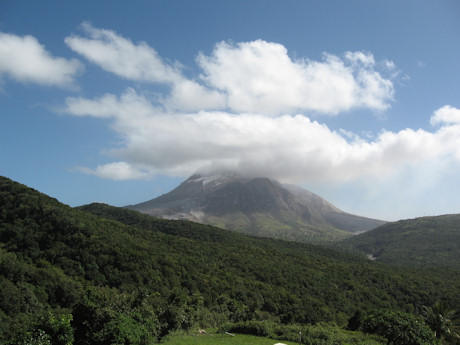 About the Montserrat Flag

As with many of the British overseas territories, the flag of Montserrat has a Union flag in to the top left corner on a blue field, with the Montserrat coat of arms towards the right. 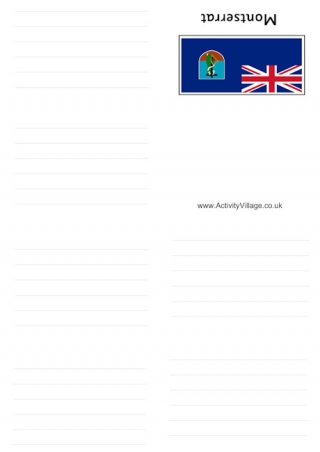 Our Monserrat booklet could be included in a lapbook on volcanoes or a Caribbean project. Folding instructions can be found here. 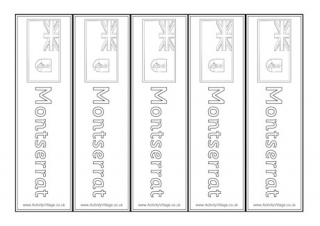 Printing 5 to a page we have 4 varieties of bookmork celebrating the island of Monserrat. 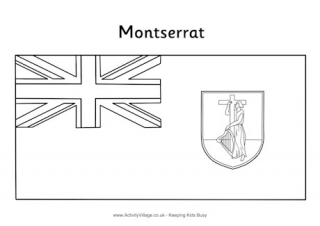 You might need a copy of the coloured flag to help you get the details on this Monserrat colouring flag correct. 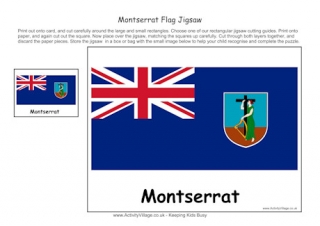 A fun way to learn different flags is with our printable jigsaws, this one features the flag of Monserrat. A guide to help you cut the jigsaw can be found here. 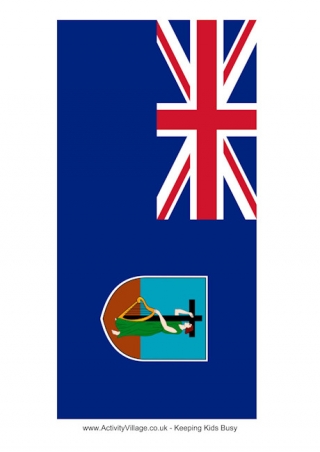 There are four sizes of flag on this Monserrat flag printable, from full bage to map toppers. 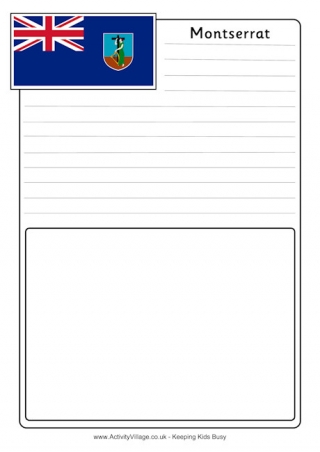 Use one of our two Monserrat notebooking pages to display your project work about this volcanic island.