Join us for a quick tour of Singapore: learn some interesting facts and print out the flag in all sorts of shapes and sizes - including bookmarks, jigsaw and colouring page! 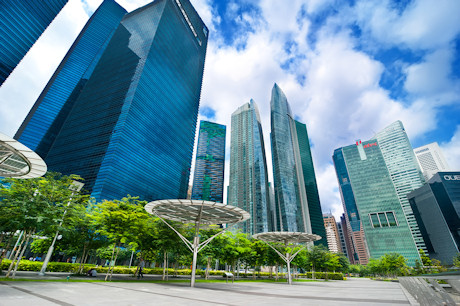 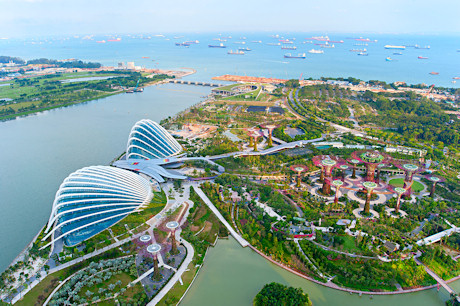 Gardens by the Bay, Singapore - 101 hectares of reclaimed land 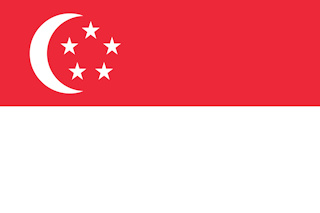 The Flag of Singapore has two horizontal bands of red and white. There is a white crescent moon and five white stars form a circle in the top left corner. The five stars represent democracy, peace, progress, justice and equality. The flag was adopted on the 3rd of December 1959. 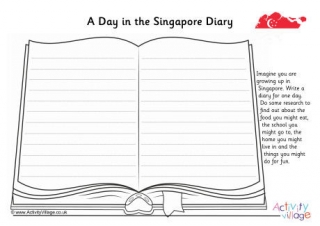 What do you think a day in Singapore is like? Do some research then try to write about a typical day in the diary. 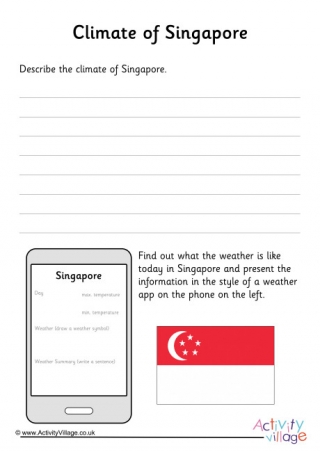 What's the weather doing in Singapore today? Find out if you can, then fill in the weather app on the phone template. 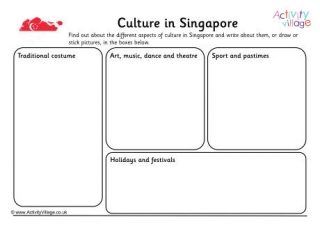 Singapore has been described as a place where "East meets West". Find out more about the culture here and write or add pictures into the boxes. 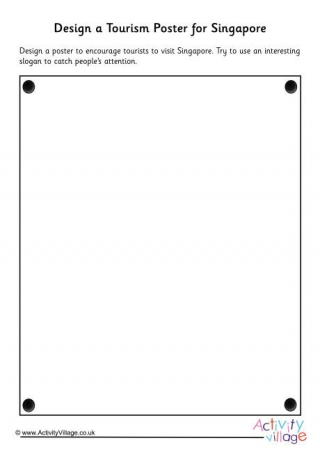 Do some research into Singapore, then design your own eye-catching poster encouraging tourists to visit there... 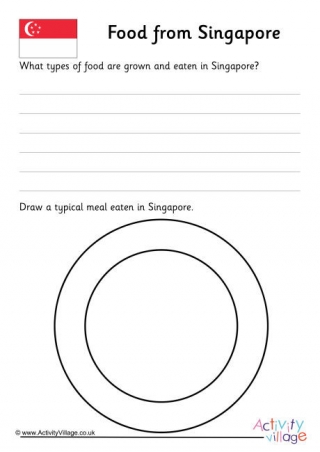 Laska is one of the most popular dishes in Singapore. Can you find out more about the food eaten in Singapore and describe it (and draw a meal) on this worksheet? 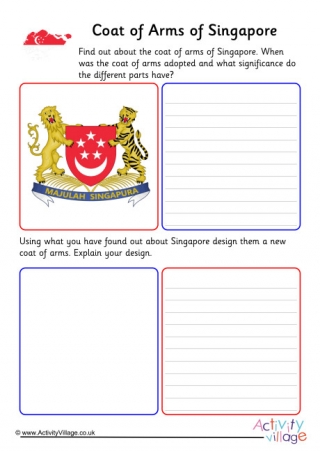 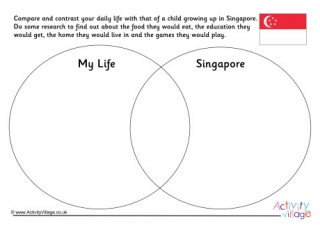 A Venn diagram is a great way to show the relationship between a group of different things in a visual way. Use the diagram to compare and contrast your life with someone living in Singapore. 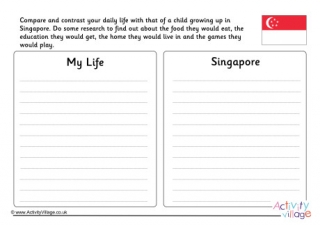 This worksheet focuses on comparing Singapore where you live - you might need to do a little research first. 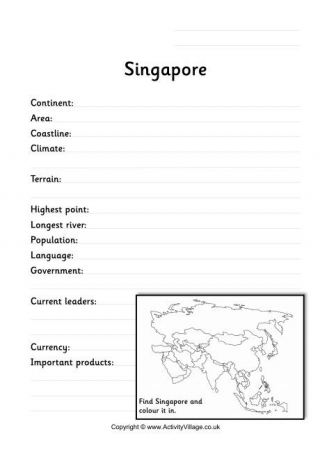 Find out some facts about Singapore and record them on this handy worksheet. 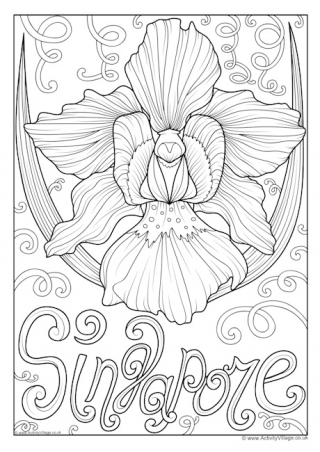 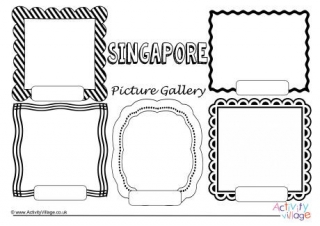 Do some research on Singapore, then draw (or cut and paste) five pictures into this printable gallery. The end result will look great for a display! 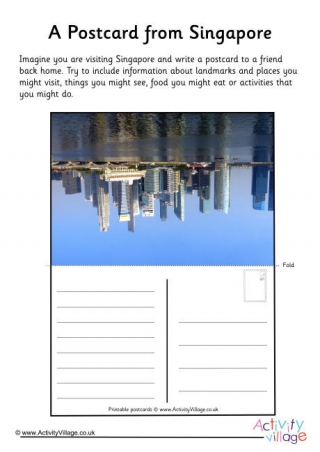 Singapore ranks 12th in the world for the number of skyscrapers in a city, and you can see plenty of them on this postcard! Perfect for some address writing practise... 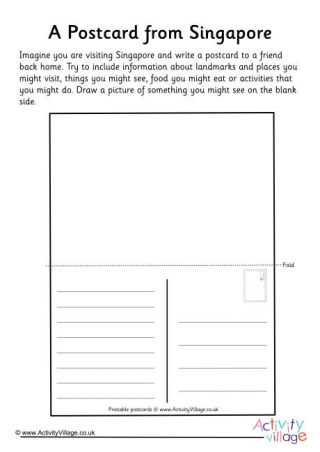 Can the kids send a postcard from Singapore to a friend or family member? They can think about the person they are sending the postcard to and draw a picture they think that person would like... 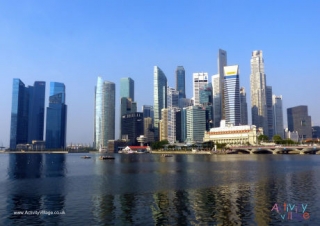 There are some impressively tall buildings in Singapore, and you can see them on this stunning poster of the city skyline... 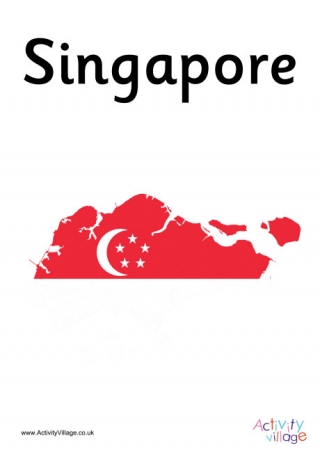 We've put the flag of Singapore inside the country's shape to make a simple but effective poster. 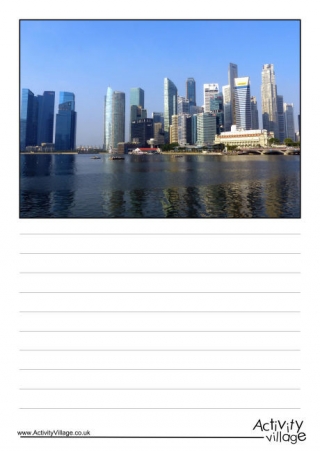 There's something inspiring about city skylines, and this story paper for Singapore is bound to spark imaginations... 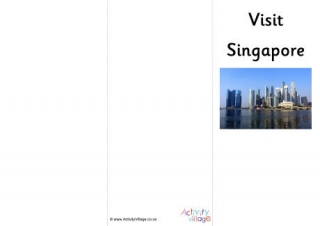 The kids can pretend they're writing a tourist leaflet with this fun printable. Print, fold into three then fill with useful information about Singapore. 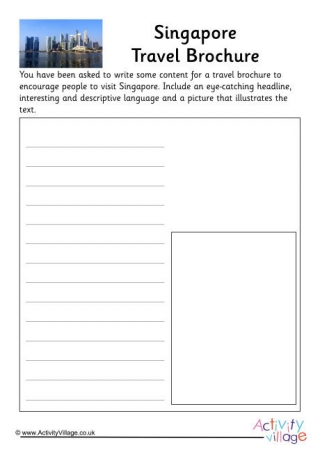 Here's a fun worksheet to combine some persuasive writing with research into Singapore. Can the children write some content for a travel brochure encouraging people to visit there? 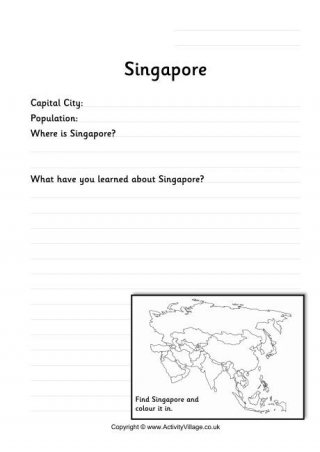 This worksheet is ideal for younger children studying Singapore as a topic, as it's a little easier to complete than our other Singapore worksheet. 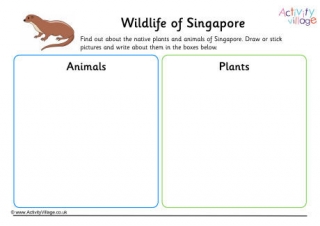 Singapore's national flower is the Vanda Miss Joaquim orchid. Can the children find out about the other plants found in Singapore, and the animals too and list some on this worksheet?