The Statue of Liberty stands on Liberty Island in New York harbour.The statue commemorates the American Declaration of Independence. It was a gift from the people of France and was dedicated in October 1886.

Made from copper, it was designed by French sculptor Frederic Bartholdi and represents Libertas, the Roman goddess of liberty. She has a broken chain at her feet and she holds a torch and a tablet inscribed with Roman numerals proclaiming the date July 4th 1776, the date of the signing of the Declaration of Independence. 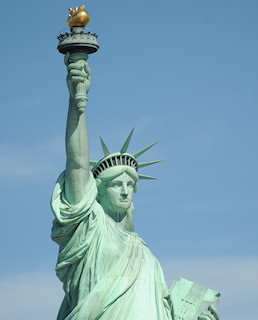 Fun fact: The official name of the statue is ‘Liberty Enlightens the World’ 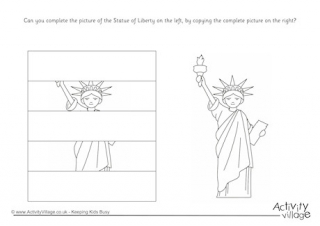 This puzzle is a real test of observation as children need to look closely at the picture on the right so they can complete their own Statue of Liberty. 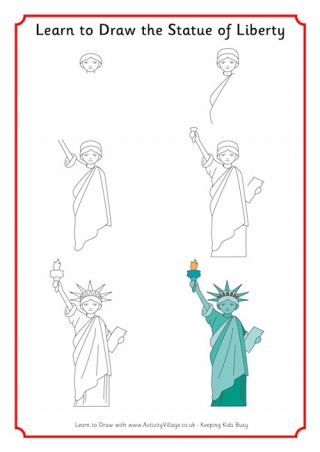 Follow the steps carefully and our printable learn to draw tutorial will soon have you drawing the Statue of Liberty. 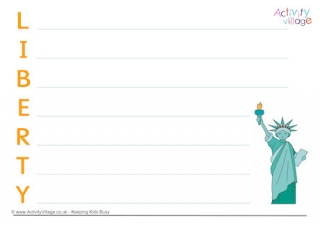 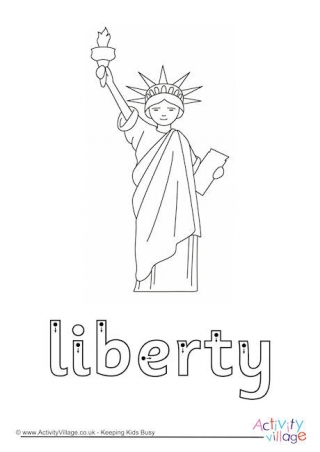 Here is a starter handwriting worksheet for younger kids, which asks them to finger trace the word "liberty" before colouring in the picture of the Statue of Liberty. 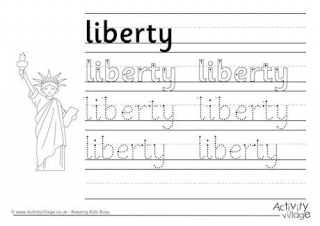 Trace the word "liberty" until confident, then the kids can write it themselves on the last line and colour in the picture of the Statue of Liberty. Here is a word tracing worksheet that is perfect for Fourth of July or when learning about the US constitution. Colour in the picture of the Statue of Liberty and trace the word. The children on this postcard are having fun visiting the Statue of Liberty in New York! Would you like to visit the USA? What would you write in a message to someone at home? Make this postcard and have a go at writing on the back. 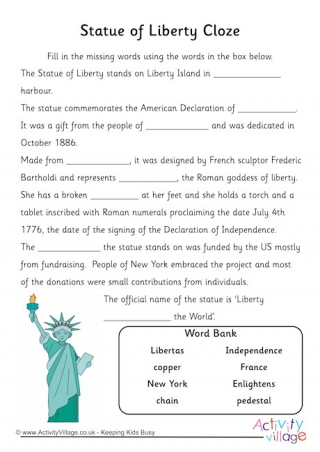 Learn about the Statue of Liberty as you read this cloze activity and fill in the missing words. The Statue of Liberty stands in all its glory in this wonderful colouring page - fun for a visit to New York, perhaps? 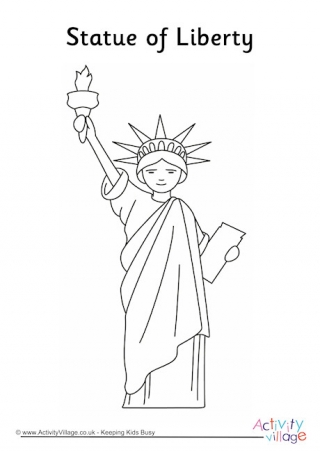 The second of our Statue of Liberty colouring pages features a simple cartoon image making it perfect for younger children. 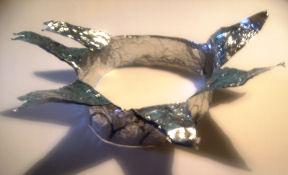 This Statue of Liberty crown is perfect for your Fourth of July picnic or parade! Team it with our torch craft and your kids will have a perfect dressing up outfit for Independence Day! Using a grid to help you draw gives you a guide to size and position. The Statue of Liberty has lots of details so children can make lots of use of the grid as they copy the picture. 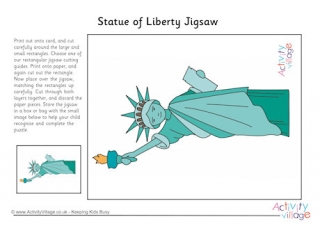 Fun for a 4th July party or to add something differnt to a school project. Jigsaw cutting guides and instructions to prepare our Statue of Liberty jigsaw can be found here. Here are 3 printable notebooking pages showing the Ststue of Liberty in front of the US flag. 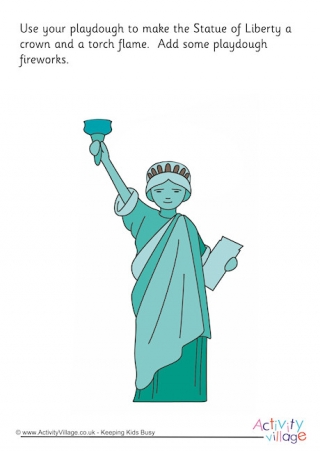 The flame is missing from the Statue of Liberty's torch, can your children make one? What about some play dough firworks to create a July 4th scene. 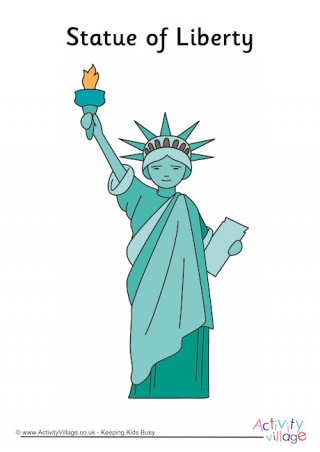 Print and display this Statue of Liberty oster for July 4th or as part of a US history project. It could also be used as a project cover. Here's a fantastic poster of the Statue of Liberty to print out.

Fun Fact: There are 354 steps inside the Statue of Liberty and she wears a size 879 shoe! 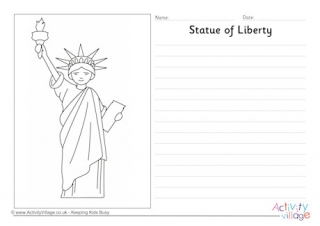 Inspire children's writing with our Statue of Liberty story paper. They could write about a visit or they could imagine they are the statue and tell a story from her perspective.

Print, colour and write a story about or description of New York's most famous landmark, the Statue of Liberty.

Make a Statue of Liberty torch and crown with your kids and dress up for Fourth of July this year! All you need is some kitchen foil and a cardboard tube, and some imagination.. This writing prompt is a 3 fold leaflet. Children need to research the information to write a Statue of Liberty tourist leaflet. Encourage them to think carefully about the information they might want to include and the style that they need to write in. Our Statue of Liberty writing page is perfect for children to present the results of their own research. We have colour or black and white versions. 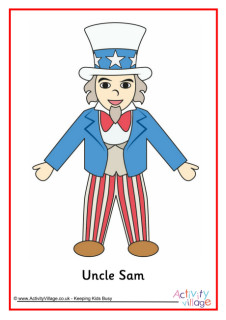