Whether you are travelling to Thailand on holiday, you live there or you just want to learn something about this fascinating Asian country with the kids, these resources will help. 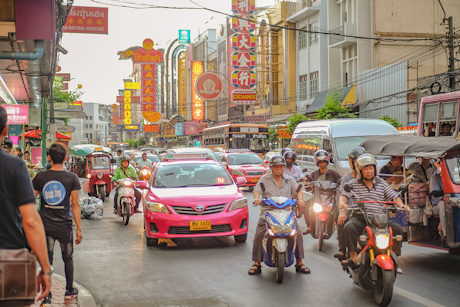 About the Thai flag

The Thai flag was officially adopted on September 28, 1917, after the blue and white stripes were added during the first World War. The red represents the blood of life,  the blue represents the monarchy and the white symbolises the purity of the Buddhist faith. 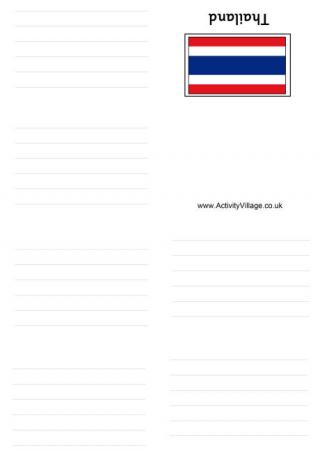 Print and fold this handy Thailand booklet - perfect if you're learning about the country, or you've just had a holiday there and you want to record some memories of your trip... 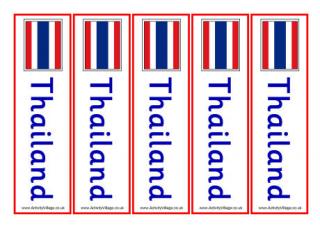 These Thailand bookmarks are perfect for handing out in class - and you can laminate for extra durability, if you prefer... 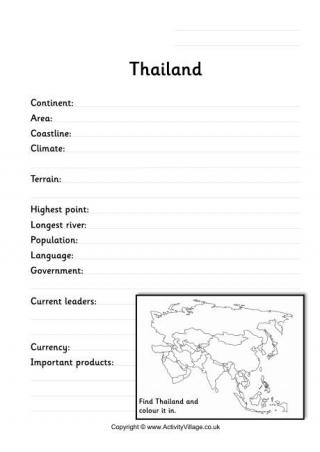 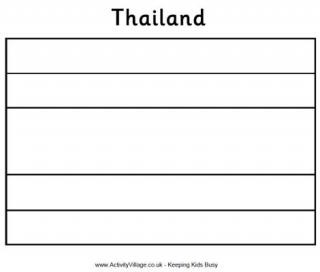 Grab your pens and have fun colouring in the Thailand flag... 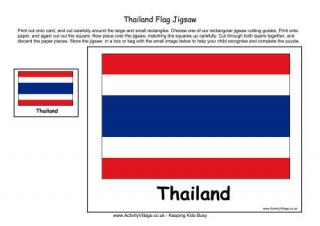 Print this Thailand flag jigsaw, cut out using one of our cutting guides, then have fun putting it back together! A great way to learn the flag. 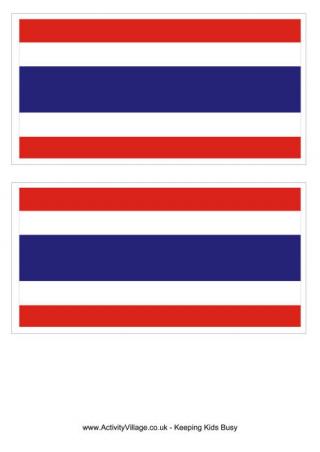 The smallest flags on this Thailand flag printable make great mini flags if you stick them to cocktail sticks or straws - perfect for a sandcastle perhaps? We have two larger sizes to print too... 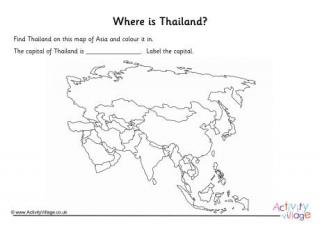 Use these two location worksheets to help the children learn where Thailand is. The guided worksheet is suitable for younger children. 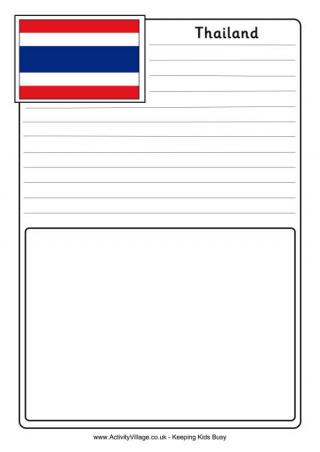 Our Thaiand notebooking pages are great for writing about a holiday to this fantastic country, or for recording facts if you're learning about Thailand in the classroom... 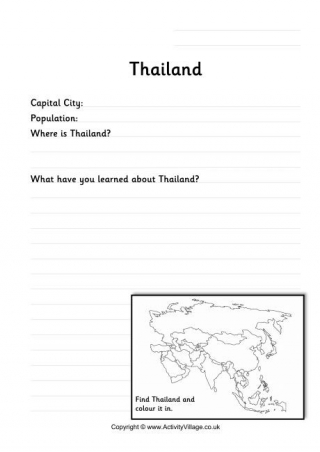