Find out some interesting facts about Uruguay with the kids, and then print and enjoy our useful flag printables. 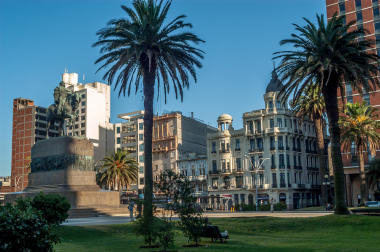 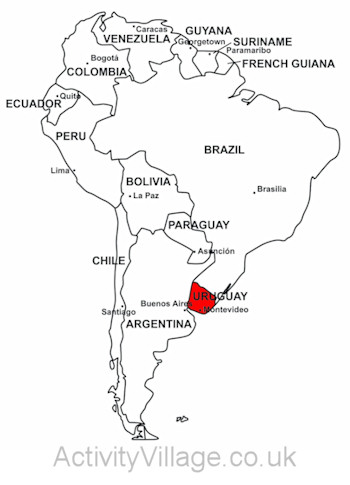 Uruguay on map of South America. We have a printable version of this map here.

The Uraguay flag features blue and white stripes representing the nine departments within the country, and the Sun of May (Sol de Mayo), the national symbol of Uraguay. The current flag of Uruguay was officially adopted on July 11, 1830. 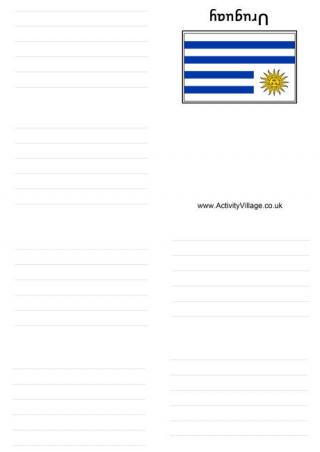 Print and fold this Uruguay booklet -useful for facts and all sorts! Booklet folding instructions are here. 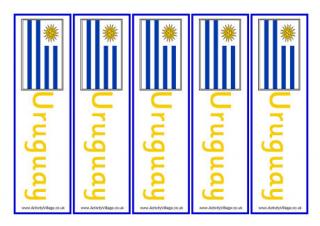 We have four types of Uruguay bookmarks - with and without the name of the country, and in colour or black and white. 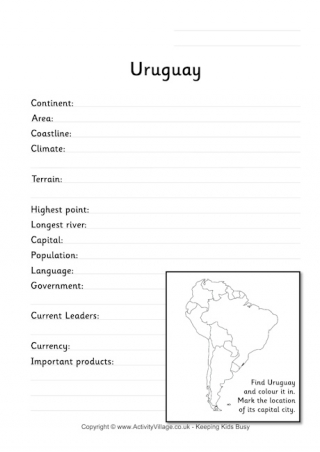 Support your studies of Uruguay with this fun fact-finding worksheets. Why not compare with some other South American countries? 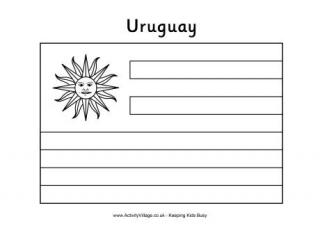 Colour in the flag of Uruguay. You'll need blue and yellow colours! 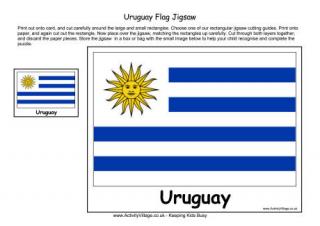 Print off this little Uruguay flag jigsaw and cut out with our cutting guides. It takes moments to do - but is a great way of reinforcing the flag. 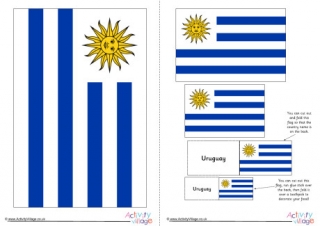 Print out the flag of Uruguay in five different sizes - perfect for all sorts of projects! 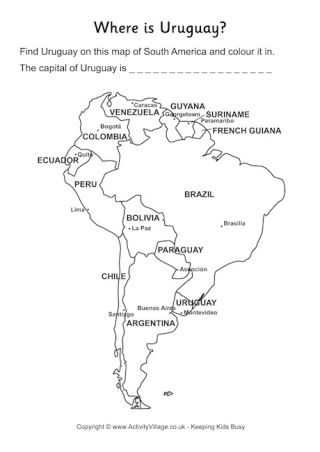 Use these two location worksheets to help the children learn where Uruguay is. The guided worksheet is suitable for younger children. 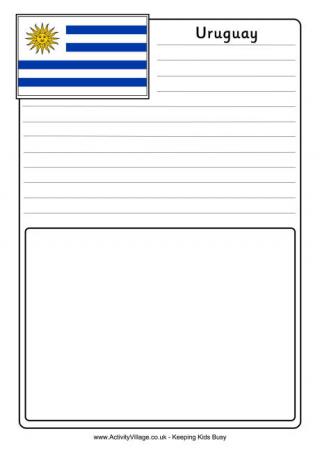 Our Uruguay notebooking pages feature the flag, and give children plenty of space to record what they have learned about this South American country. Notebooking page 1 has space for a map or illustration. 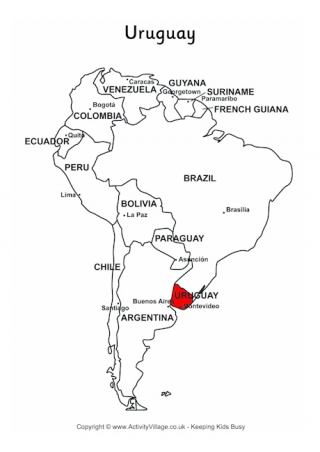 This map helps children to put the location of Uruguay into context within South America. 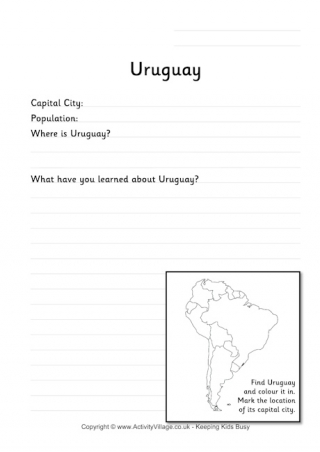 Find out some facts about Uruguay to fill in the blanks on this worksheet, and you've still got plenty of space to write about what else you have learned.