Learn about weather myths from years ago - such as Red Sky At Night - and discover whether there is any scientific truth in them. The scroll down and enjoy all our fun weather myths printable activities!

Where Do Weather Myths Come From?

Today we’re lucky to have accurate weather forecasting thanks to satellite pictures, radar systems and other meteorological instruments, but in ancient times, people had to rely on their own knowledge of the weather to get by. This was particularly important for farmers or sailors who depended on fair weather conditions for their livelihoods.

Over many years, a series of weather myths were passed down the generations. These were based on lifelong experiences and observations (although some weren’t actually true!) Many were turned into rhymes or phrases to help people remember them.

Here are just a few weather myths that tend to be true. Once you have looked at them and the accompanying activities, perhaps the kids can brainstorm some of their own! 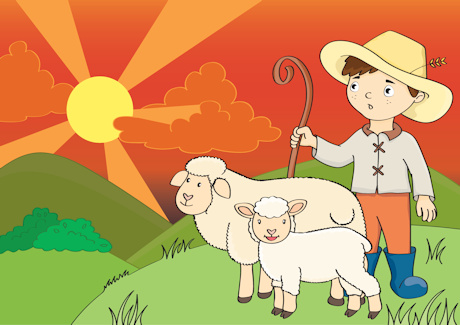 This is true but not always reliable for a daily forecast, so don’t bank on it! Sunlight travels through particles of dust and water vapour in the air before it reaches our eyes. These particles scatter the light causing us to see different colours. At sunrise and sunset, the light has to travel further so the amount of scattering increases.

In the UK, the weather usually moves from west to east. Areas of high pressure bring good weather, while areas of low pressure bring wind and rain. In the evening, if there is high pressure to the west, dust particles in the air scatter the sunlight and we only see the longest wavelengths (orange and red). This means good weather is coming from the west and the next day should be dry.

In the morning, if there are clouds to the west and a lot of water vapour in the air, the sunlight is scattered again and we only see the orange/red wavelengths. The sky will also look red if an area of high pressure has passed by – suggesting that low pressure (wind and rain) are to follow. But if the sky is overcast in the east as well as the west, you won’t see the red light in this way. 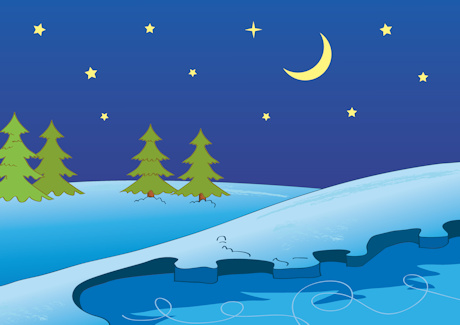 This is true in winter. At night, when the sky is clear, the Earth cools quickly because there are no clouds to act as a blanket and trap the warmth. In winter, temperatures drop even further. On a clear night, the cold ground can chill the air above it, and any water vapour in the air freezes to form frost.

When swallows fly high, the weather will be dry. 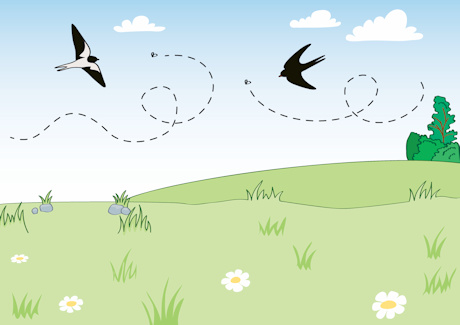 There is some truth in this. Swallows like to feed on flies and when the weather is dry, the warm air rises carrying insects high into the air. When rain is on the way, insects prefer to stay sheltered near the ground, so the swallows have to look lower down for their food.

When the wind is blowing in the east, ‘tis not fit for man nor beast. 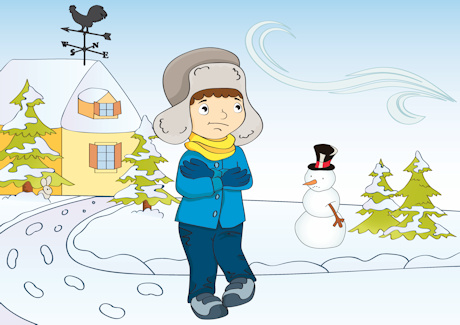 This holds true for the UK in winter because most of our coldest weather tends to come from Northern/Eastern Europe and Russia. North-easterly winds come from a mass of air called the Polar Continental. This has been known to bring extremely low temperatures and bitterly cold, strong winds.

If on St Swithin’s Day it really pours, you’re better off to stay indoors. 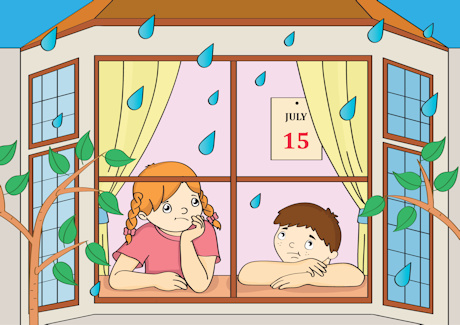 A longer version of this myth suggests that the weather on St Swithin’s Day (15 July) will stay for 40 days. Although there has never been a 40-day period of drought or rain in the UK during the summer, there may be some truth in the saying. Around the middle of July each of year, an air current called the jet stream settles into a fairly consistent pattern until the end of August.

Avoid the ash, it attracts the flash. Stay away from the oak, it draws a stroke. 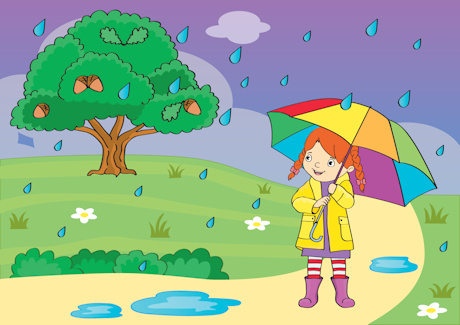 This myth refers to the high water content of ash and oak trees. Because trees are susceptible to lightning strikes, and water is a good conductor of electricity, you should definitely avoid standing next to ash and oak trees in a thunderstorm! 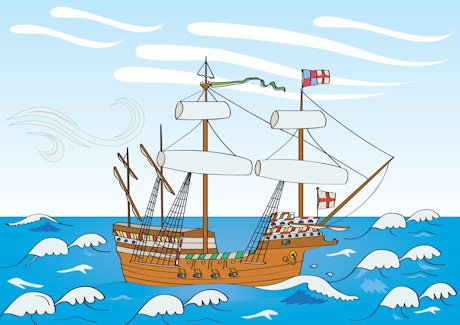 Frost or dew in the morning light, see no rain before the night. 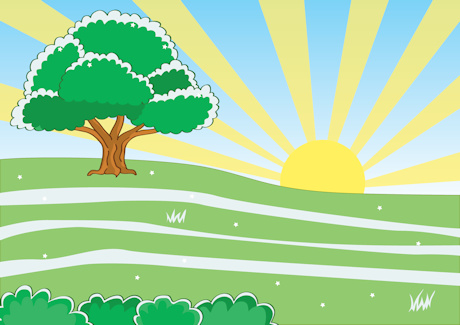 This is partly true. Frost and dew tend to form after a clear night when there are no clouds to keep the ground warm. If clear skies remain for the rest of the day, rain is unlikely.

When sound travels far and wide, a stormy day will betide. 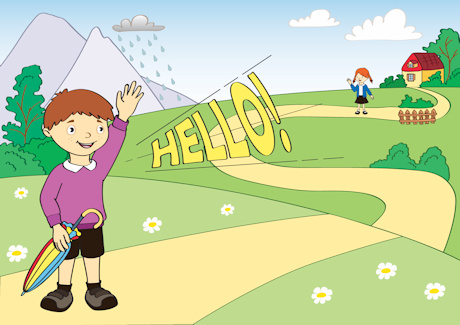 Have you noticed that on some days, sounds seem to be louder and clearer? This myth is true in summer, because sound waves travel more quickly in warm, moist air, which is less dense. If sounds are clearer in summer, it may mean a shower is approaching. In winter, however, the opposite is true. This is because, although sound travels faster in warm air, it can appear to travel further in cold air. If a layer of cold air on the ground has a layer of warmer air above it, sound waves travelling upwards can be bent back towards the ground. This means you can sometimes hear faraway sounds that you wouldn’t normally be able to hear. 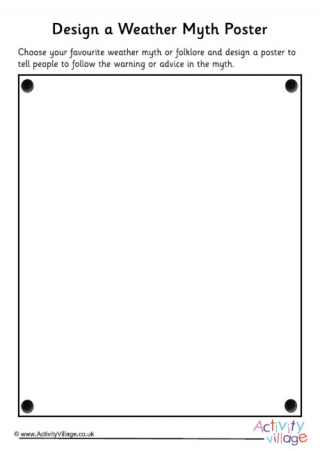 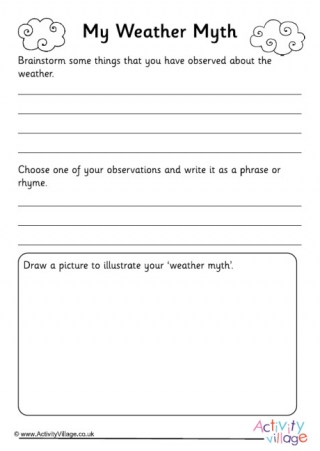 Here's a fun worksheet that helps the kids write their own 'weather myth' based on some things they have observed about the weather - there's space to draw a picture too! 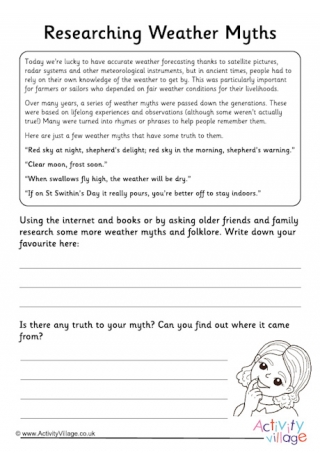 Nowadays, we have modern methods to help us predict the weather, but in the past, people often relied on weather myths. Three-quarters of the public here in the UK still use weather myths and sometimes get caught out when they rely on them! 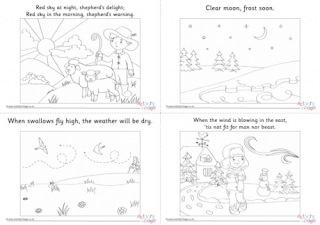 We've got a fun set of nine colouring pages all based on popular weather myths. Easy to print and lots of fun to colour in! 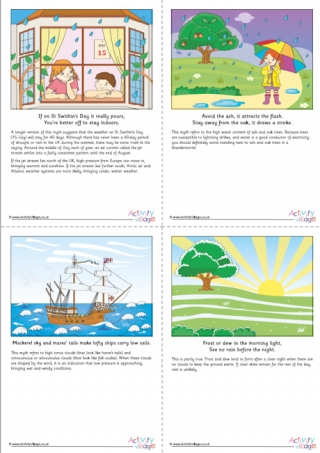 We've taken nine popular weather myths and explained if there is any truth behind them! Fascinating to read and perfect for some fun class discussions... 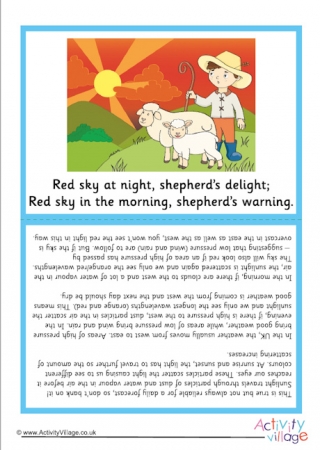 Print and cut out these weather myth flash cards, then fold in two and stick together. You'll end up with a weather myth on one side, and an explanation on the back. You could then play a fun game where the kids have to guess if the myth is true? 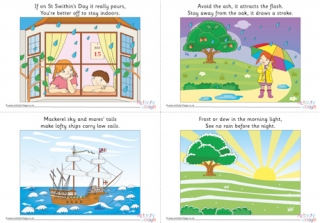 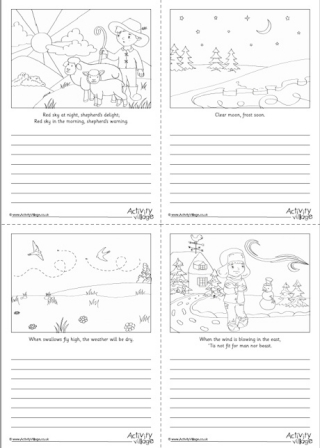 "Red sky at night, shepherd's delight..." We've all heard weather myths before, and some studies have shown that 3 out of 4 of us believe them to be true!

More from our Weather Topic 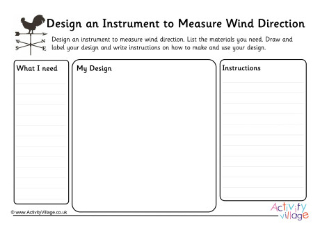