Find out about the South American country of Colombia, and enjoy our collection of flag printables and worksheets. 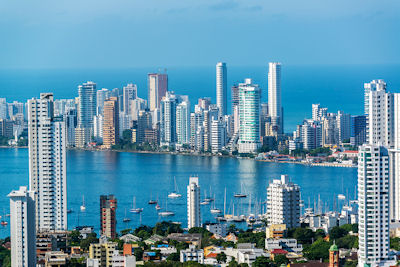 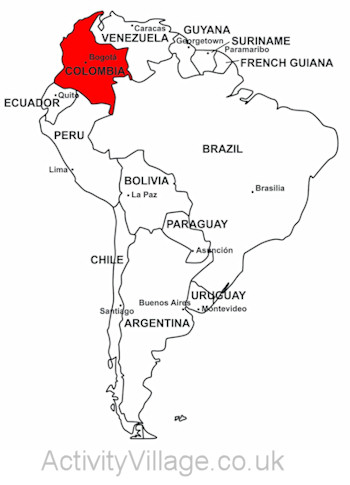 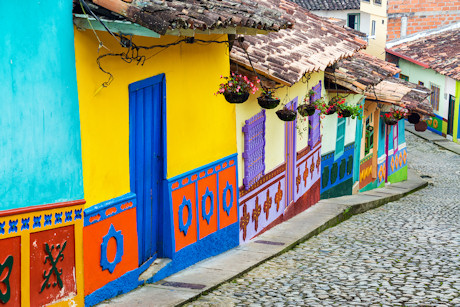 Colourful buildings in a street in Guatape, Colombia 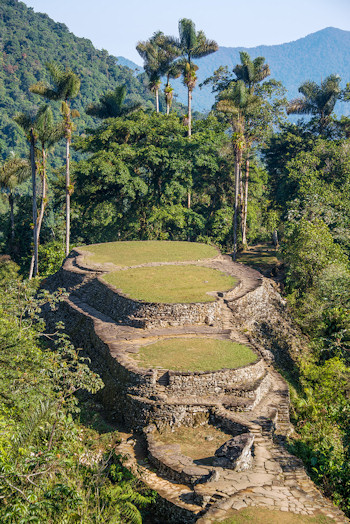 Cuidad Perdida, or the Lost City of Colombia

Some interesting facts about Colombia: Just some of the 1200 stone steps to the Lost City 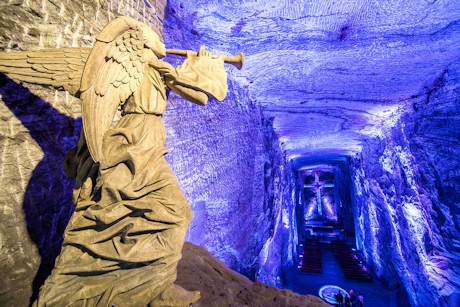 Inside the Zipaquira Salt Cathedral, Colombia Chiva trucks, or chivas, are common transport in Colombia

The Colombian flag is a tricolour flag - that is, there are three colours. The top yellow stripe takes up 50% of the flag, followed by blue and red stripes. The yellow stripe is said to represent the rich gold resource of Colombia (or the golden sun), the blue stripe, the sea on Colombia's shores, and the red stripe, the blood of the soldiers who died fighting for Colombia's freedom. Choose from a blank or lined version of our mini booklet for Colombia. Find out some interesting facts and fill it up with writing and drawings! Folding instructions here. We have both colour and black and white versions of our Colombia bookmarks, and you can choose from named or blank. Perfect for handing out to Colombia supporters in the World Cup, perhaps! 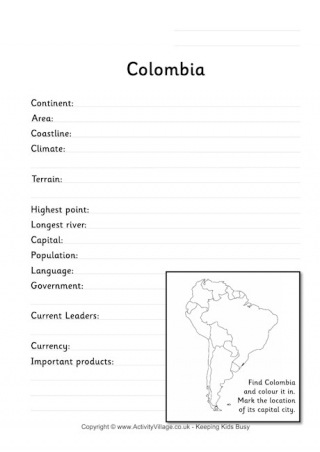 Find out some facts about Colombia, to fill out this fun worksheet... Kids can have a go at colouring in the flag of Colombia. It isn't the most difficult flag - but be sure to get the colours in the right order! Playing with one of our flag jigsaws is a clever way to help children remember the colours and designs of individual flags. Here's the flag of Colombia, in jigsaw form! Use our jigsaw cutting guides and instructions, here. Choose from five different sizes of Colombia flag to print here - from large (to print on A4 paper) to very tiny! Help children remember exactly where Colombia is located with these two worksheets. The guided worksheet is suitable for younger children. Use our Colombia notebooking page - one of two designs - to collect facts or write about the country when you are studying Colombia. This outline map of South America (simplified) shows the location of Colombia picked out amongst the other South American countries. What have the kids learned about Colombia? Find out with this worksheet!