We've based this royal crown colouring page on the Imperial State Crown, worn by Queen Elizabeth on special royal occasions. 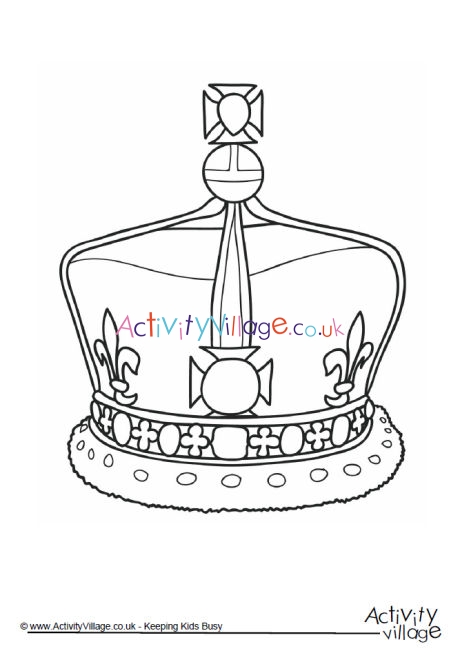