Our Mr Twit charcter study worksheet asks children to describe what the character says and does and choose from a list of character traits to describe him. Perhaps they can think up more of their own. 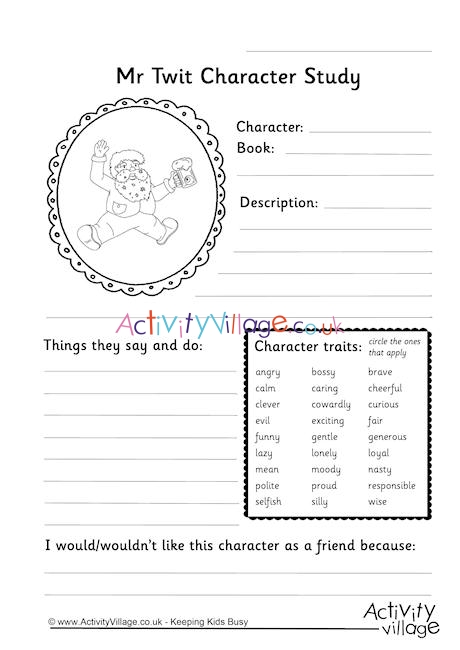