Some Fun Facts About Squirrels 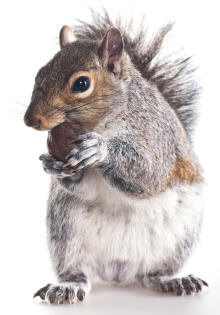 21st January each year is Squirrel Appreciation Day! We think that's a good excuse to learn about squirrels, explore our activities and have some squirrel-y fun with the kids! 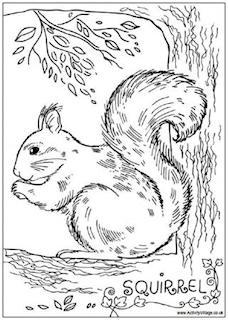 Squirrel Colouring Pages
Here's a variety of squirrel colouring pages for kids. We've got something for all ages... 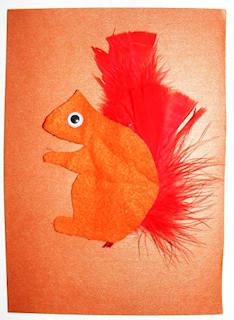 Squirrel Crafts
We've designed these squirrel crafts to appeal to a wide range of children's ages and to... 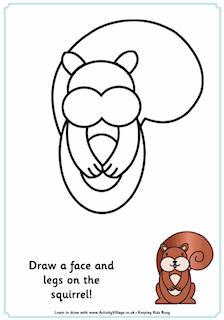 Squirrel Printables
We've got lots of squirrel printables to help you keep the kids busy this autumn or winter.... 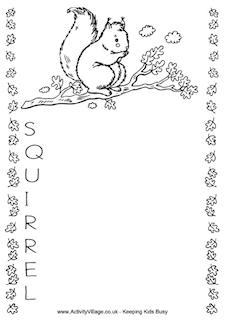 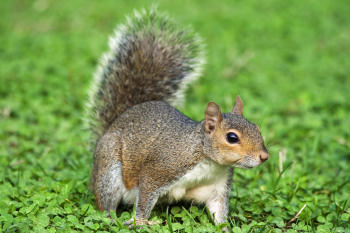 You'll see plenty of squirrels out and about in the countryside and green spaces, especially in autumn when they will be gathering food for the winter.

Squirrels are a favourite in picture books, but by far the most famous is Beatrix Potter's impertinent 'Squirrel Nutkin'.

This is a Tale about a tail - a tail that belonged to a little red squirrel, and his name was Nutkin.

He had a brother called Twinkleberry, and a great many cousins: they lived in a wood at the edge of a lake.

In the middle of the lake there is an island covered with trees and nut bushes; and amongst those trees stands a hollow oak-tree, which is the house of an owl who is called Old Brown.

One autumn when the nuts were ripe, and the leaves on the hazel bushes were golden and green - Nutkin and Twinkleberry and all the other little squirrels came out of the wood, and down to the edge of the lake.

They made little rafts out of twigs, and they paddled away over the water to Owl Island to gather nuts.

Each squirrel had a little sack and a large oar, and spread out his tail for a sail.
They also took with them an offering of three fat mice as a present for Old Brown, and put them down upon his door-step.

Then Twinkleberry and the other little squirrels each made a low bow, and said politely -

"Old Mr. Brown, will you favour us with permission to gather nuts upon your island?"

But Nutkin was excessively impertinent in his manners. He bobbed up and down like a little red cherry, singing -

"Riddle me, riddle me, rot-tot-tote!
A little wee man, in a red red coat!
A staff in his hand, and a stone in his throat;
If you'll tell me this riddle, I'll give you a groat."

Now this riddle is as old as the hills; Mr. Brown paid no attention whatever to Nutkin.
He shut his eyes obstinately and went to sleep.

The squirrels filled their little sacks with nuts, and sailed away home in the evening.

Another Animal to Discover... 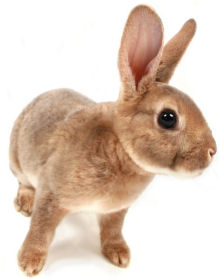