Grab a dice, turn the printer on and discover how good you are at curling - board game style! Kids will be playing against a partner and scoring points, so there is some adding practice involved too. Please note - we've taken liberties with the rules of curling! The game is for 2 players. 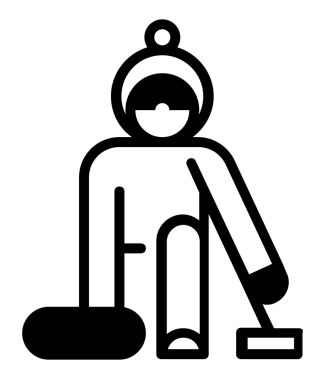 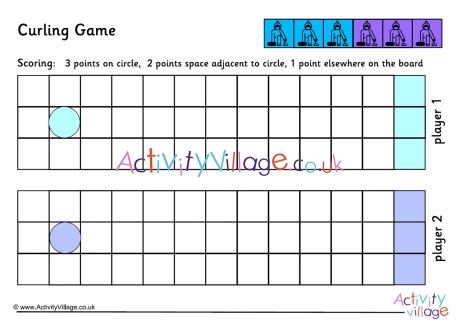 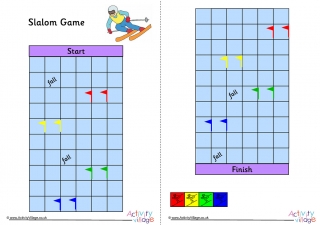 The kids may not be able to take part in the real Winter Olympics, but they can have some fun with our Winter Olympics board games! Here's a slalom game which captures all the fun and excitement of the real event. Play with 2-4 players. 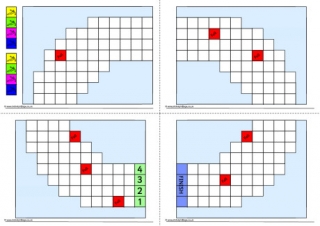 This exciting board game is based on the speed skating event we enjoy during the Winter Olympics, which of course is fast and furious - and often looks dangerous! It can be played with 2-4 players. 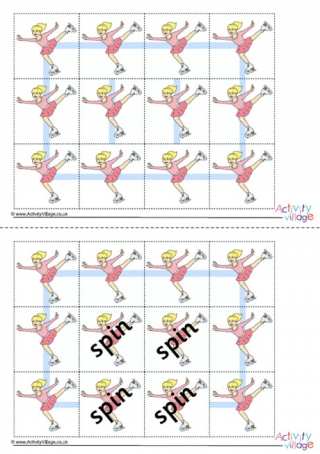 This game is perfect for enthusiastic ice-skaters, for kids who love to watch ice skating shows, and of course for playing during the Winter Olympics. But actually, it's strategic, exciting and  fun, so you don't need an excuse to play it!