Edward III (1327-1377) came to the throne at 14 but at only 17 he banished his mother Isabella and executed her lover Roger Mortimer, declaring he would rule in his own name,

In 1333 he invaded Scotland.  In 1337, Edward claimed a right to the throne of France through his mother Isabella and the Hundred Years War began.  Edward was an excellent military stategist and won a string of victories. His son the Black Prince was known as a brave fighter.

There was upheaval at home, however, as the Black Death swept through Europe and killed about 1/3 of the population.  By the time Edward died, despair, the shortage of workers and the high taxes needed to fund the war in France was leading to unrest among the general population. 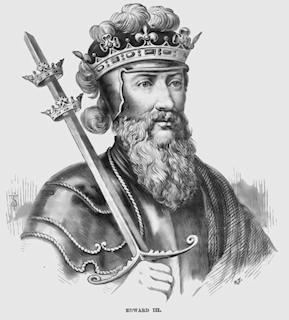 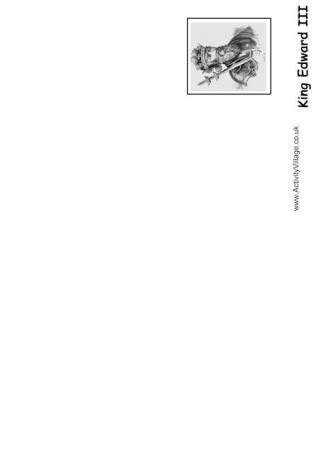 Find out some information about the charismatic King Edward III, and record what you find in this booklet. You'll need our folding instructions (click on this link). 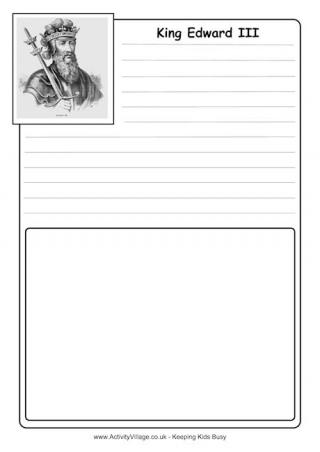 Collect your notes about Edward III on our useful notebooking pages. 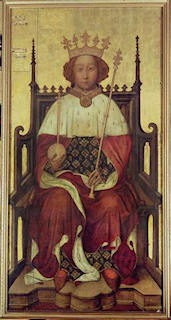