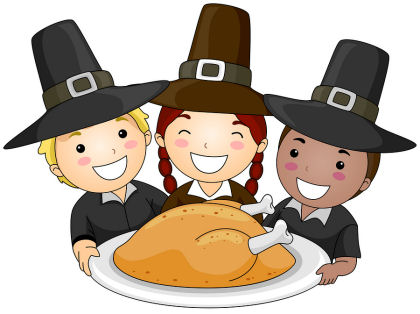 Thanksgiving is celebrated on the fourth Thursday of November, which will be 24th November in 2022.

"Our rural ancestors, with little blest,
Patient of labour when the end was rest,
Indulged the day that housed their annual grain,
With feasts, and off'rings, and a thankful strain."
Alexander Pope

A Note About Our Thanksgiving Activities for Kids

Although we are based in the UK, our Thanksgiving activities have been made with our American visitors in mind - so you will find American spellings available for all our printables ("color" instead of "colour", for example) even if the link and image shows the English spelling.

Whether you are looking for a funny Thanksgiving turkey colouring page, a detailed Thanksgiving card to colour and send to family or a simple "colour by number" activity for younger children, we've got something for you here! 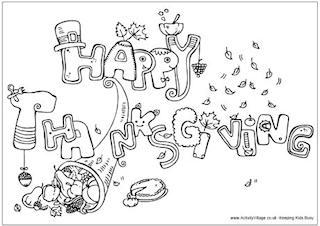 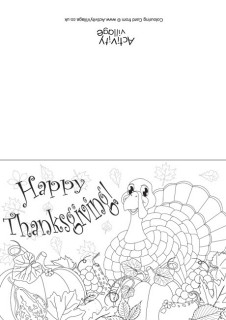 Use these Thanksgiving colouring cards to say thank you to someone special, wish someone a Happy... 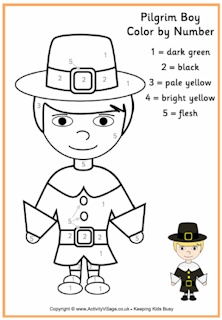 Color by number pages are always fun, and this Thanksgiving Color by Number collection is sure... 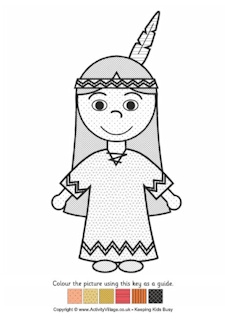 Our colour by pattern pages for Thanksgiving are something a little different! Children need to... 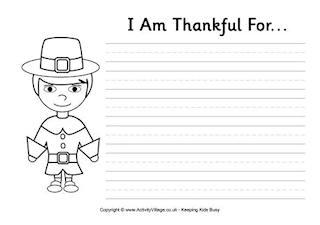 Here is our collection of printable Thanksgiving worksheets. All are designed to be fun and... 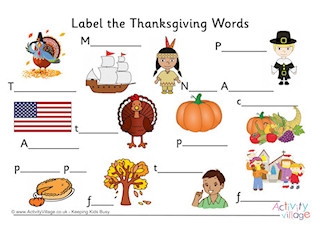 Early learners will love these Thanksgiving vocabularly activities, which might also be useful...

Click through to explore our huge collection of Thanksgiving printables - everything from Thanksgiving themed lacing cards, playdough mats and jigsaws for younger kids, to party printables for your Thanksgiving table, to Thanksgiving display posters, letters and banners for your classroom. Children can even learn how to draw Thanksgiving pictures with our step by step tutorials! There is so much printable fun here. 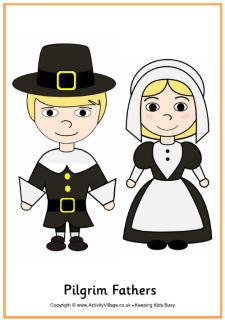 All Sorts of Thanksgiving Printables!

We love printables at Activity Village - and we have a HUGE collection of Thanksgiving... 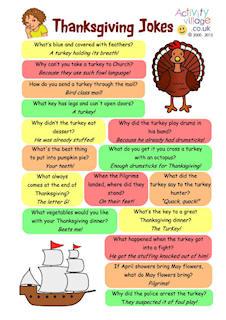 Here is a collection of safe and kid-friendly Thanksgiving Jokes with which the kids can torture... 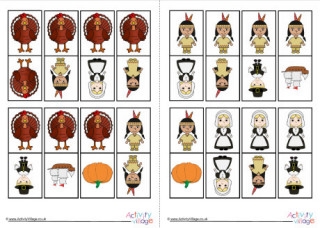 Lots NEW! If you are in need of a way to keep the kids busy this Thanksgiving holiday or if you...

We have a great collection of quick and easy Thanksgiving craft ideas to enjoy with the kids! Enjoy them with your kids at home. Many also work well for groups of children in school, group or church settings. 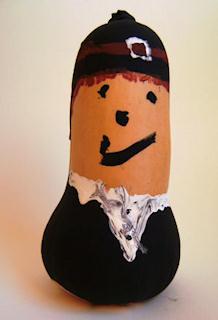 If you and the kids are feeling crafty this Thanksgiving, you will find plenty of inspiration...

Of course a turkey is an essential part of Thanksgiving, and we have a whole turkey theme" here at Activity Village for you to explore: 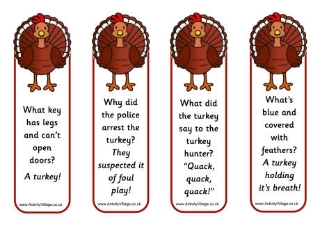 We've got all sorts of fun turkey themed activities for kids, including turkey colouring...

More for the Season

We call it autumn - Americans call it fall. Whatever you call it, its the season of Thanksgiving. Almost all our "autumn" activities come with a "fall" version too, so you can choose the term that you use.

Activity Village offers a collection of Autumn activities to help you keep your kids busy as the... 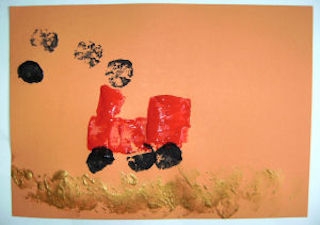 Apart from Thanksgiving (and Christmas), of course the other big American holiday is Fourth of July, so we've included a link to our Fourth of July resources here, as well as a few other sections at Activity Village that you might enjoy exploring. 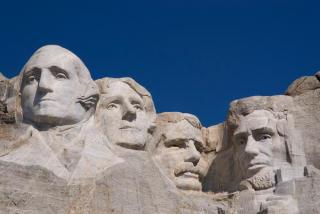 Learn about the United States

Here's a page full of United States flag printables here, which you can use in your projects... 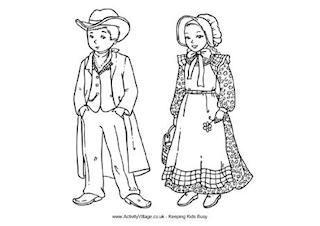 US History
We have crafts, colouring pages and notebooking covering US Presidents, the American Revolution,... 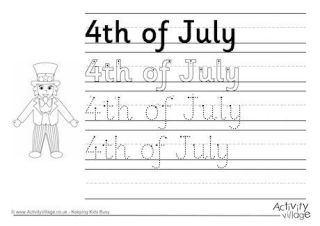 Fourth of July is nearly here again, and we have many different fun activities for you and your...

How Do You Explain Thanksgiving to a Child?

It can be tricky explaining Thanksgiving to children, who sometimes don’t understand there is anything more behind the holiday than lots of nice food! Explain to them that Thanksgiving is a wonderful time for families to come together and enjoy good company and good cheer, and it’s a time to show gratitude for everything we have.

Thanksgiving is about the fall harvest that first brought together the Native Americans and the pilgrims. You could get your children involved in preparing the food as an opportunity to learn about where food comes from and how lucky we are to have it, and maybe talk about how important it is to help others in need – just like the Native Americans helped the first pilgrims.

You may want to explain that although the first Thanksgiving was a positive interaction between founding people and colonisers, Thanksgiving also symbolises a history of mourning for many Native Americans. After helping the European settlers, many events happened later that resulted in Native Americans losing their land and lives.

However you choose to commemorate or celebrate Thanksgiving, you can explain to the children that we always have more to gain in fellowship than we do in conflict.

The Story of the First Thanksgiving

The story of the first Thanksgiving begins back in Plymouth, England in September 1620. 102 passengers - Pilgrims - set off sailing across the ocean on a ship called the Mayflower to start a new life. After a gruelling journey that took 66 days they reached their new home in New England.

When the Pilgrims landed in Cape Cod in November they weren't ready for the harsh, wintry conditions and, tragically, half the original passengers had died by spring. The remaining passengers settled into a village they called Plymouth. Various indigenous tribes of the Wampanoag people already lived there.

The Native Americans taught the Pilgrims how to cultivate the land and shared essential survival knowledge with them. Without their kindness the Pilgrims would not have survived another winter. With their help the Pilgrims welcomed a successful harvest which they celebrated with the first Thanksgiving.

In November 1621, Governor William Bradford organised a three-day celebration and invited the indigenous people who had helped them, including Massasoit, the Wampanoag chief. The same concepts of friendship and gratitude are still celebrated on Thanksgiving today.

Our Canadian visitors might prefer to explore our Canadian Thanksgiving collection. 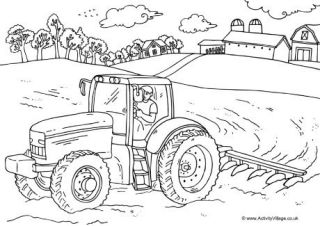 "For each new morning with its light,
For rest and shelter of the night,
For health and food, for love and friends,
For everything Thy goodness sends."
Ralph Waldo Emerson

"Thanksgiving Day is a jewel, to set in the hearts of honest men; but be careful that you do not take the day, and leave out the gratitude. "
E.P. Powell