Studying China and Chinese culture? We have suggestions for some China-inspired crafts that can be done easily with the kids. 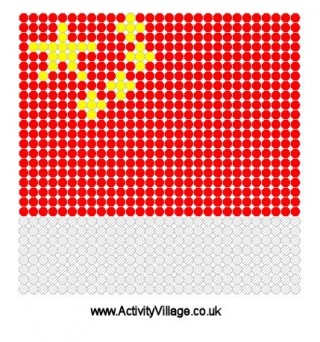 You'll need lots of red beads to make our China flag fuse bead pattern.  It would make a nice project for Chinese New Year.  We have a printable pattern to download perfect for the classroom or group activities. Ideas for using fuse beads here. 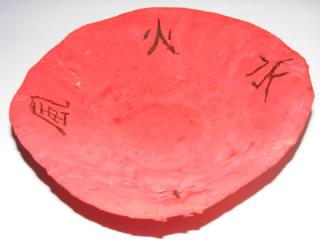 Have a go at this papier mache Chinese bowl craft for kids, at Chinese New Year or any time. It's perfect for displaying oranges or gold chocolate coins! 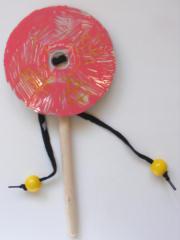 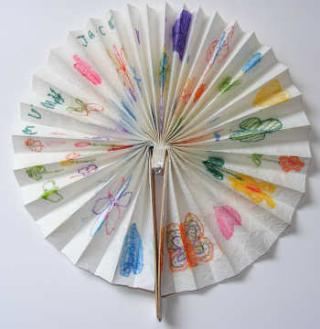 This cute Chinese fan makes a good craft for a China theme or perhaps during the summer. Choose a pretty design like our butterflies, or perhaps decorate with Chinese characters for something a little more dramatic! 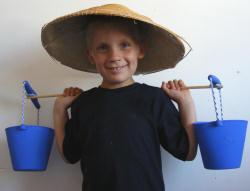 It's easy to dress up as an old-fashioned Chinese farmer or farm-worker! You will need to wear a black or dark grey T-shirt or shirt, black trousers, and a Chinese farm worker's hat (follow our instructions to make your own!) 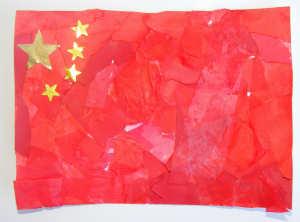 Here's a fun, hands-on way to learn about and remember the Chinese Flag. Using a collage technique makes the flag nicely textural, but of course you could simply use red paper or card and stick the gold stars on. 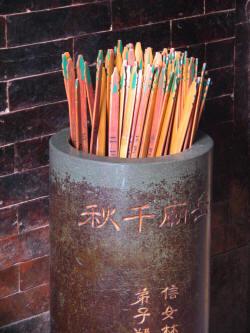 When I was young, growing up in Hong Kong, the sight (and sound) of Chinese fortune sticks like these being used at temples was very familiar and exciting to me. Bundles of these sticks were placed in jars and gently shaken until a few sticks stuck out above the rest, or fell out. 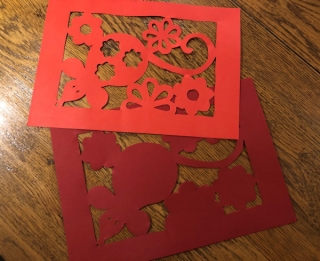 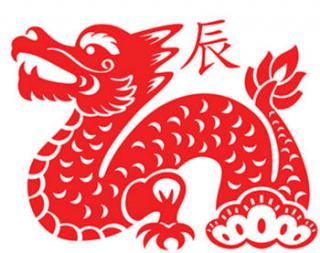 The art of Chinese paper cutting has been prized for many thousands of years. Paper cuts are used for decoration, given as gifts, and are regarded as lucky. Traditional paper cuts often showed celebrations, weddings and feasts, but now all sorts of motifs are used. 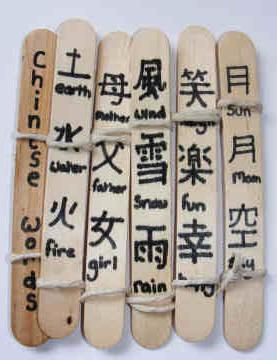 The slat book was the first kind of Chinese book, make from slats of wood or bamboo and cord. This type of book is the reason that Chinese writing is done from top to bottom, rather than from left to right like Western writing. The books were rolled up and easily for storage. Tie this craft and activity in to your China or "Great Wall of China" theme if you like. It is designed to get your child thinking about his friends (and possibly his family), what qualities he values in them, and how they support him in his life. 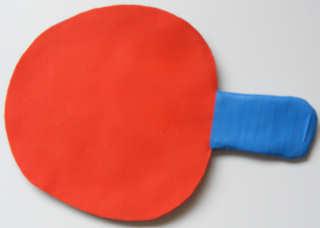 The Terracotta Army was discovered in 1974 by a farmer in Xi'an, Shaanxi province, China. Dating from 210BC, there are now believed to be an unbelievable 8,000 soldiers, 130 chariots with 520 horses, and a further 150 cavalry horses - the majority of which are still buried and unseen. 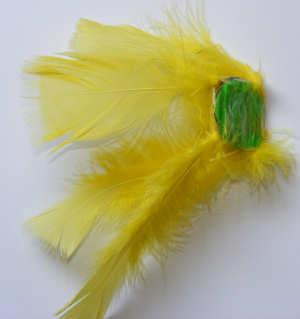 Shuttlecocks are fun to make - and we have many ingenious shuttlecock games of skill in which your children can use them to while away the hours, both on their own and with friends. Here is a cute little origami fan to fold for dolls, teddy bears, or just for decoration. And of course you can make it with a bigger piece of paper so that you can use it yourself. 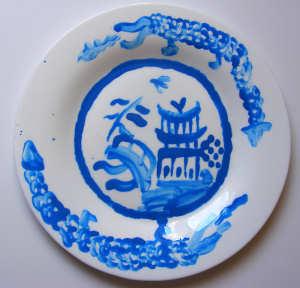 Willow pattern is actually English in origin, designed by a man called Thomas Minton in the late 18th Century, although it was based on traditional Chinese one colour pottery.

More Crafts for a China Theme...